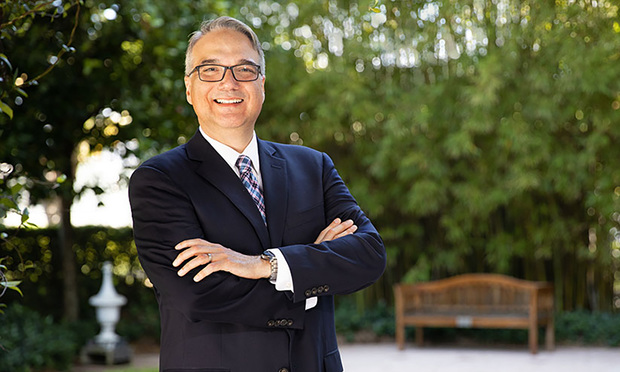 The University of Miami has fired law Dean Anthony Varona, a decision that has riled the law school’s faculty and outraged many of Varona’s fellow law deans across the country.

“I have determined that new leadership is vital for the benefit of the institution, our students and our community,” Frenk wrote. “The historic events of the past 16 months have revealed both challenges and opportunities that highlight the need for a dean with the required vision and effectiveness of execution to bring the school to new levels of excellence.”

Miami law faculty members quickly fired back Tuesday with a resolution calling on university leaders to reconsider Varona’s firing, noting that they were not consulted in the decision and only learned of the change from Varona himself. They were “surprised and shocked” to learn of his ouster, they wrote.

“The haste and lack of consultation with which the President and Provost have made this decision raise profound and disturbing issues of governance,” reads the faculty resolution adopted by tenured professors. “Both the decision and the manner in which it was made will harm the law school and the university as a whole.”

The faculty resolution credits Varona with leading the school through the pandemic, and working to improve the school’s ranking and bar pass rate.

Varona declined an interview request Wednesday but issued a statement saying that he has received an outpouring of support in the wake of his ouster as dean.

“I remain stunned by my baseless termination, disturbed by how I have been mistreated, and concerned by how all of this will affect our great law school and university,” Varona wrote. “I am hopeful that clarity and fairness will prevail as we move forward, and that the University’s decision will be rescinded.”

Varona’s attorney, Debra Katz, issued a statement Wednesday saying that he would contest the firing.

“This is not only an egregious violation of Tony Varona’s legal rights but also an assault on longstanding and important principles of faculty governance and administrative due process,” Katz said.

The university did not immediately respond to requests for comment on Varona’s firing Wednesday. But Frenk’s message indicates that university leaders had concerns about the Varona’s handling of the law school’s ongoing capital campaign.

“In particular, the current capital campaign—which will culminate in four short years—presents a rapidly narrowing window of opportunity to mobilize significant resources on behalf of Miami Law,” he wrote.

Varona can make a more “meaningful and lasting contribution” as a professor without the administrative burdens that come with the dean post, Frenks added.

But the faculty’s resolution refutes the notion that the law school is in a precarious financial spot, saying that the school is on “sound financial footing.”

The decision to push Varona out of the deanship also caught the law school’s Student Bar Association off guard, the group said in a letter on its website.

“Your SBA had no knowledge that Dean Varona’s role was being discussed, and we did not know that this decision was coming,” it reads. “Like you, we were very surprised to learn of it. The President’s announcement has given rise to many questions, including why this decision was reached and what it means for the future of Miami Law.”