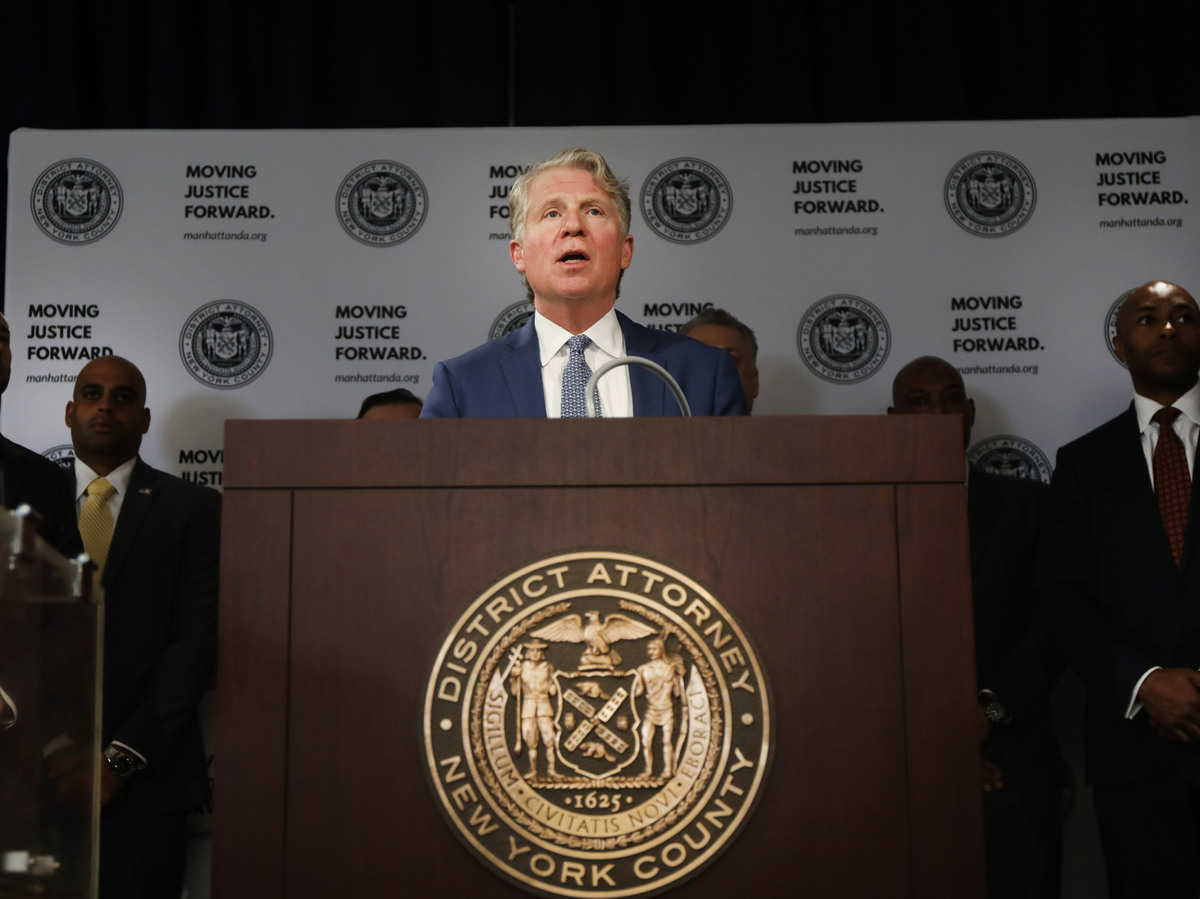 The Manhattan district attorney’s office is in possession of Donald Trump’s tax returns, following a years-long effort by the former president to shield his finances and business affairs from scrutiny.

A spokesperson for Manhattan District Attorney Cyrus Vance Jr. confirmed to NPR over email that his office obtained the records on Monday. That same day, the U.S. Supreme Court declined Trump’s request to further delay the enforcement of a subpoena, paving the way for a New York grand jury to obtain and review the sought-after financial documents.

“As we have maintained throughout this process, Mazars will comply with all of its legal and professional obligations,” Trump’s personal accounting firm, Mazars USA, told NPR in a statement.

The documents are not expected to be made public because they are protected by grand jury secrecy rules, The Associated Press reported.

Besides being highly sought after by prosecutors and lawmakers, Trump’s financial records have long been a subject of public curiosity.

After presenting himself as a successful businessman, he broke decades of presidential precedent by refusing to release his tax returns during and following the 2016 campaign. He also did not divest from his family business, raising concerns about financial entanglements and potential conflicts of interest, particularly with foreign leaders.

Vance initially issued the grand jury subpoena to Mazars in August 2019. It requested eight years of tax records and related documents as part of a wide-ranging investigation into possible insurance or financial fraud by Trump or his business, as well as hush-money payments made to two women who claim to have had affairs with Trump prior to his presidency.

What followed was a protracted legal battle. Trump’s lawyers promptly went to court to block the subpoena’s enforcement, arguing that he was immune from criminal investigation as the sitting president. The U.S. Supreme Court rejected that argument by a 7-2 vote in July.

Trump’s legal team then returned the matter to the lower courts with a different set of objections, arguing that the subpoena was overly broad and politically motivated. A district court and a three-judge panel on a New York federal appeals court both ruled against Trump, and he had sought to appeal to the Supreme Court a second time.

Some details of Trump’s financial dealings have already come to light.

In September, The New York Times published an investigation citing tax documents it obtained, reporting that Trump had paid just $750 in federal income tax in 2016 and 2017, and no income taxes in 10 of the previous 15 years while reporting significant business losses. Trump, who had previously bragged about not paying taxes, denied the report.

After the court declined to intervene on Monday, Trump denounced the case as “political persecution” and a “fishing expedition,” while Vance posted a three-word tweet: “The work continues.”

Evers orders use of force updates for state law enforcement

Apr 22, 2021 Andri Miles
We use cookies on our website to give you the most relevant experience by remembering your preferences and repeat visits. By clicking “Accept”, you consent to the use of ALL the cookies.
Cookie settingsACCEPT
Manage consent