Towards an LGBT-inclusive society 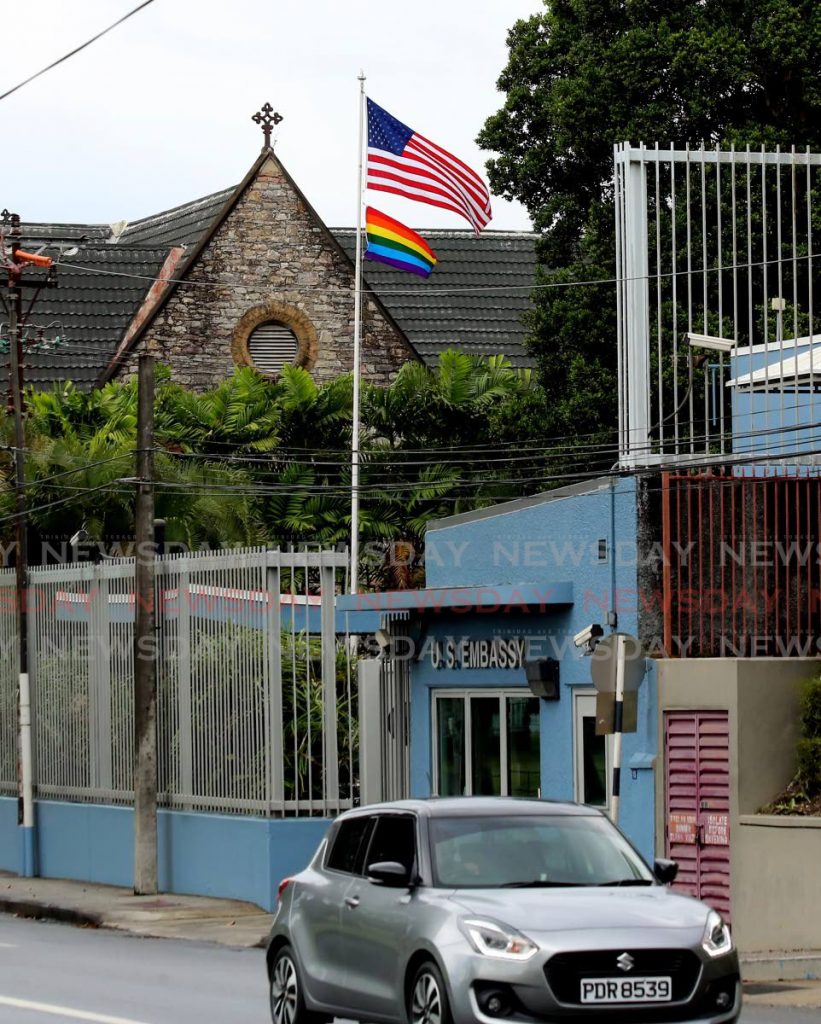 The moment I set foot on the University of Massachusetts Amherst campus I was greeted by a huge banner that read: “Building a Community of Dignity and Respect. Honor differences. See the humanity in everyone.” The word “respect” was rainbow-coloured. I remember how this made me feel, like I belonged there, that no matter what individuals might say to me because of my skin colour, the way I spoke, or where I was born, the institution where I was going to study would protect my human rights.

In Trinidad we’ve made small strides toward building a society of dignity and respect that allows us to see the humanity in everyone. Three years ago we witnessed a historic High Court ruling which rendered laws criminalising same-sex intimacy between consenting adults as unconstitutional. During this time we’ve had Pride parades. Most recently, the US embassy hoisted a Pride flag and Scotiabank created an advertisement that called for inclusion, respect because, as the ad goes on to say, “when everyone can be their whole self, we all thrive.”

While in Trinidad there have been sparse moments that allowed us to celebrate diversity, the fact remains that the LGBT community worldwide continues to be shamed, stigmatised, and discriminated against.

This month, Hungary passed a law that prohibits the dissemination of LGBT content in schools. This prompted a United Nations human rights activist to criticise the Hungarian government on the grounds that the law would promote violence and discrimination based on sexual orientation and gender identity.

Following this the Czech president, Milos Zeman, in an interview with CNN, defended the Hungarian government by saying the UN should not interfere in EU members’ affairs. Zeman went on to describe transgender people as “intrinsically disgusting.” His comments reflect on the worldwide perception that members of the LGBT community are somehow less than human and therefore are not as deserving of respect and recognition.

I have found that part of the hate directed at members of the LGBT the community is rooted in the lack of understanding. If we can understand this community better then we can get closer to building an inclusive, respectful and human TT. To build an LGBT-inclusive society we must be aware of certain myths surrounding LGBT identity and what to do to foster inclusion.

LGBT is “an American thing”: We’ve heard the phrase before: when America sneezes, the world catches a cold. However, this is not the case where LGBT inclusion is considered. This is because LGBT people exist everywhere. It is not a geographical thing but a human thing.

LGBT is a trend: While laws overturning bans on homosexuality are recent, the stigma and discrimination surrounding the LGBT community have always existed. LGBT rights therefore are only now trending because members of the community have always hidden in a closet. Their increasing visibility requires us to take notice.

Decriminalising homosexuality will encourage it: Because homosexuality has always existed it would be misguided to think that decriminalising it will somehow create it. Rather, what it will create is equal rights and opportunities for all. This in turn will reflect well on the global stage because, after all, LGBT rights are human rights, and human rights underpin the core values of the UN, of which TT is a member state.

Understand Cis-gender and transgender: The road to inclusion begins with recognising how people choose to identify themselves. Cis-gender refers to people whose gender identity matches the sex assigned at birth. So I am cis-gender because I identify as a male which corresponds to my sex as a man. Some people have a gender identity that does not match the sex they were given at birth. These people are transgender. While they may appear as male or female they do not necessarily identify as a man or woman. This is where pronouns become important.

Use preferred pronouns: In the English language, the most common pronouns that refer to someone’s gender are he/him/his and she/her/hers. However, for LGBT members who identify as non-binary, that is someone who does not identify as a man or woman, the preferred pronoun would be they/them/theirs. If you think that pronouns aren’t a big deal then you’ve already missed the point about inclusion and diversity: it’s not about you, it’s about all of us.

The crash course on LGBT inclusion provided here is by no means extensive. This is a matter we as a nation will continuously struggle to understand. If we can understand each other then we can begin to accept each other. This is what it means to build a nation of dignity and respect.