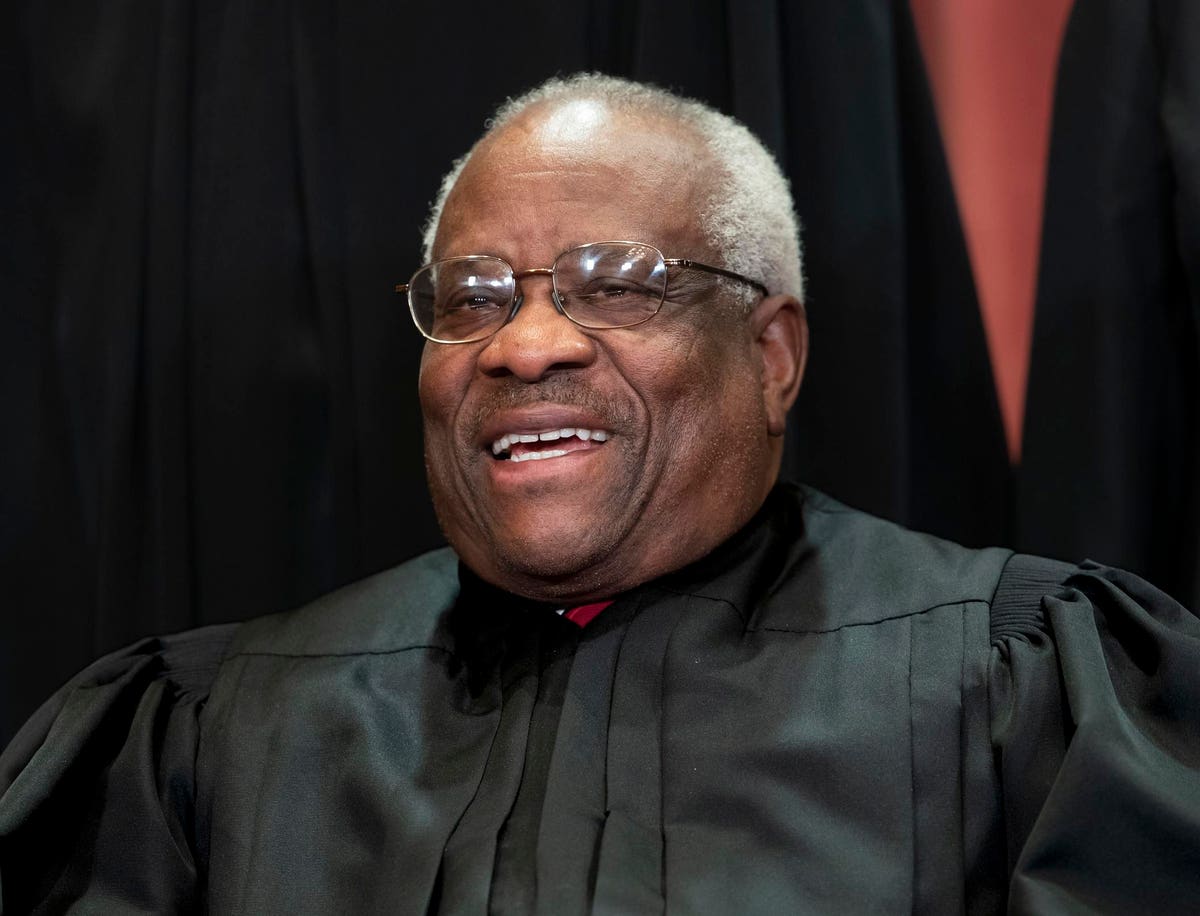 Justice Clarence Thomas, one of the Supreme Court’s most conservative voices, has suddenly become an unlikely hero in the cannabis industry.

Thomas attacked the federal ban on marijuana and the U.S. government’s inconsistent enforcement in a statement on Monday, questioning whether the government has the authority to “intrude on” state-legal cannabis markets.

“Once comprehensive, the Federal Govern­ment’s current approach is a half-in, half-out regime that simultaneously tolerates and forbids local use of marijuana,” Thomas wrote. “This contradictory and unstable state of affairs strains basic principles of federalism and conceals traps for the un­wary.”

Thomas’ views on federal cannabis policy appeared in a statement denying to hear an appeal of a case brought against the Internal Revenue Service by a Colorado-based medical marijuana dispensary over a tax code that disallows cannabis retailers to take ordinary business deductions.

For years, the federal government has basically allowed state-legal cannabis markets to operate without major interference, despite marijuana still being a banned drug on the Controlled Substances Act. In 2009 and 2013, the Department of Justice issued memorandums telling prosecutors that if businesses are operating according to state law in legal cannabis programs, leave them alone. Congress has also passed a rider each year in the annual budget since 2015 that prohibits the Justice Department from spending any money to prevent states from launching medical marijuana programs.

“Given all these developments, one can certainly understand why an ordinary person might think that the Federal Government has retreated from its once-absolute ban on marijuana,” Thomas wrote.

Yet, these “laissez-faire policies” on cannabis are in stark contrast with laws still on the books that block cannabis companies from the mainstream financial system and allow for the IRS to audit and tax cannabis companies under a punitive tax code for drug traffickers. The result is an industry that has sold $20 billion worth of cannabis across 36 states that allow medical marijuana and 18 that allow adult-use while operating under a cloud of federal prohibition and hypocrisy.

Thanks to the way the federal government has made exceptions to allow state legal markets to exist, Thomas suggests that it might have ceded its authority to ban cannabis.

“If the Government is now content to allow States to act ‘as laboratories’ ‘and try novel social and economic experiments,’ then it might no longer have authority to intrude on ‘the States’ core police powers . . . to define criminal law and to protect the health, safety and welfare of their citizens,’” he wrote. “A prohibition on intrastate use or cultivation of marijuana may no longer be necessary or proper to support the Federal Government’s piecemeal ap­proach.”

In the statement, Thomas referenced a 2005 case, Gonzales v. Raich, which the Supreme Court ruled 6 to 3 that federal law overruled state-sanctioned use of cannabis even if the activity did not cross state lines. Thomas was one of the dissenters in the case, citing that the federal government should only have few and defined powers over intrastate activity.

Jim Thorburn, the attorney who is representing the Colorado dispensary whose lawsuit Thomas commented on, says he now believes there’s a way to legalize marijuana federally through the Supreme Court.

“Justice Thomas is providing the roadmap to the end of Prohibition,” says Thorburn. “He’s trying to end the federal prohibition.”

Thorburn believes that Thomas’ statement was a suggestion to attack Gonzales v. Raich head-on. “When he says this is straining the core of federalism, and calling Gonzalez v. Reich into question, whether the Court could support that case today—I think he’s suggesting that cannabis prohibition might be unconstitutional,” says Thorburn.

The fight for legalization, Thorburn says, could be decided by the Supreme Court, similar to how marriage equality was decided.

An important detail of Thomas’ statement that should not be overlooked is that it was not a dissent, meaning Thomas might not be the only justice on the bench to have this opinion. “I don’t think his opinion should be taken as a lone voice,” says Thorburn.

Earl Blumenauer, the longtime pro-cannabis representative from Oregon who co-chairs the Congressional Cannabis Caucus, says while Thomas’ statement is a signal but he doesn’t believe legalization will come through a Supreme Court decision.

“Even in the most conservative circles, the dam is finally breaking, and people are understanding what an absolute failure the war on drugs has been,” says Blumenauer. “While Justice Thomas’ comments are a sign of progress and could signal future action by the court if a case arises, it does not change the urgent need for Congress to do our job to end the prohibition of cannabis.”

Andrew Freedman, the executive director of the Coalition for Cannabis Policy, Education and Regulation, a think tank pushing for federal legalization that’s composed of companies like Altria, Brinks Security and Molson Coors, says Thomas’ statement is a “tipping point” for federal legalization, especially as a way to get other conservatives to support it.

“This is significant—he’s not a former Republican senator, or an op-ed columnist, he’s an active, conservative Supreme Court justice who is pointing out the inconsistency with which we’ve been dealing with this policy,” says Freedman. “Thomas is giving a signpost for libertarians and conservatives for how better to frame an argument that the federal government needs to change its stance on legalization.”

Senate Majority Leader Chuck Schumer has promised that he and Sens. Cory Booker and Ron Wyden will introduce their cannabis legalization bill, but he hasn’t issued a time line. (Boris Jordan, the chairman of Curaleaf, wrote on Twitter that Schumer’s team told him to expect the bill in July.) It will be difficult to get the 60 votes necessary to pass the Senate, so voices like Thomas’ could help influence Republicans to support legalization.

Freedman believes Thorburn’s statement was a call for Congress, not the Supreme Court, to act.

“It was a shot across the bow for Congress and the Administration that you can’t keep people in limbo and decide that can stand in for policy,” says Freedman.