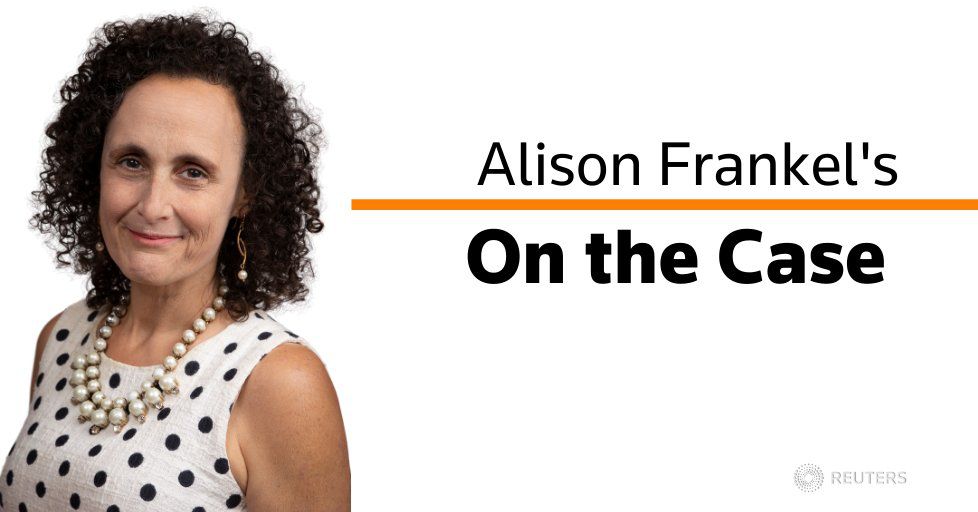 (Reuters) – In a footnote in his dissent in the U.S. Supreme Court’s ruling on Friday in TransUnion LLC v. Ramirez, Justice Clarence Thomas played Cassandra.

On its face, he acknowledged, the court’s TransUnion decision is a victory for defendants. The Supreme Court, in a decision by Justice Brett Kavanaugh, tightened the five-year-old Spokeo test for class action plaintiffs seeking monetary damages for alleged violations of federal consumer laws, clarifying that Article III of the U.S. Constitution requires plaintiffs to show a concrete injury, not just increased risk of harm, in order to sue in federal court. Thomas, whose dissent was joined by Justices Stephen Breyer, Elena Kagan and Sonia Sotomayor, reiterated his long-running argument that the Supreme Court’s current framework for Article III standing is not actually rooted in the constitution or the common law.

But he also cautioned defendants that the decision could turn out to be a pyrrhic win. The TransUnion decision, Thomas said, doesn’t actually bar Congress from giving consumers a right to sue over defendants’ statutory violations. It instead holds only that class action plaintiffs can’t always bring their cases in federal court. The net effect, according to Thomas, will be to throw open the doors to state courts for class actions alleging violations of federal consumer laws.

Thomas pointed to the Supreme Court’s 1989 decision in Asarco Inc v. Kadish, which concluded that state courts are not bound by Article III requirements even when they’re addressing issues of federal law. So in TransUnion, he said, “by declaring that federal courts lack jurisdiction, the court has thus ensured that state courts will exercise exclusive jurisdiction over these sorts of class actions.”

I suspect that’s going to be a prescient warning over the next few years, based on conversations I had on Monday with class action defense lawyers Andrew Pincus of Mayer Brown and Andrew Trask and Phil Goldberg of Shook, Hardy & Bacon; plaintiffs lawyer Jay Edelson of Edelson; and law professor Thomas Bennett of the University of Missouri School of Law.

Edelson, whose firm represented the class action plaintiff, Thomas Robins, in the Spokeo litigation, said his firm’s post-Spokeo experience is instructive. Edelson often files class actions in state court, then cites Spokeo when defendants remove the cases to federal court. In some instances, he said, the firm has been awarded its costs after arguing that defendants ran afoul of federal rules by removing state-court class actions to federal courts, then challenging the federal court’s jurisdiction.

Edelson predicted years of jurisdictional litigation as plaintiffs lawyers step up state-court filings. As Missouri law prof Bennett explained in his Paradox study, standing requirements vary from state to state, and plaintiffs probably won’t have much success if they try to file federal statutory class actions in state courts that require concrete injuries. But Bennett predicted that between 20 and 30 states, including populous states like California, Illinois, North Carolina and Missouri, will likely entertain state-court class actions alleging federal statutory violations. The jurisdictional shakeout will itself be expensive for defendants, said Edelson, who warned of multi-track class actions with one set of plaintiffs claiming concrete injuries in federal courts and others alleging statutory violations in various state courts.

But defense lawyers from Mayer Brown and Shook Hardy said companies are primed to combat any bump in state-court class action filings in response to TransUnion. The TransUnion decision, said Pincus of Mayer Brown, will give defendants a constitutional argument against state-court enforcement of federal consumer statutes. Kavanaugh’s opinion rooted the Supreme Court’s requirement of a concrete injury not just in Article III but also in Article II. Under that constitutional provision, the executive branch is responsible for enforcing federal laws. The TransUnion opinion reasoned that when Congress gives plaintiffs who have not personally suffered an injury a right to act as private enforcers, it encroaches on the executive branch’s authority. “There are serious questions,” Pincus said, “about whether these claims can be litigated in state court.”

Trask of Shook Hardy said Edelson is right about the additional expense of litigating jurisdiction, but that’s going to be costly for both sides. The TransUnion decision, he and Goldberg predicted, will disrupt the class action bar’s preferred business model, in which plaintiffs lawyers capitalize on a sympathetic plaintiff with concrete injuries to seek certification of a class alleging statutory violations. The new Supreme Court ruling creates a divide between those groups, said Trask and Goldberg, and state-court judges and juries won’t have much sympathy for plaintiffs whose only claim is a technical statutory violation.

Defendants might end up having to litigate a few cases in states like Illinois, Trask predicted, but ultimately, state-court class actions won’t make up for the leverage class action plaintiffs lost in TransUnion. (Law professor Bennett, who argued in the Paradox paper that the Supreme Court has created a bit of mess by diverting federal statutory class actions to state court, agreed that even if some state courts permit the cases, state-court litigation is “not a perfect fix” because plaintiffs in other states will have no cause of action.)

“Justice Thomas thought one year ahead in Footnote 9,” said Trask. “He didn’t think five years ahead.”

Opinions expressed here are those of the author. Reuters News, under the Trust Principles, is committed to integrity, independence and freedom from bias.

Opinions expressed are those of the author. They do not reflect the views of Reuters News, which, under the Trust Principles, is committed to integrity, independence, and freedom from bias.

Alison Frankel has covered high-stakes commercial litigation as a columnist for Reuters since 2011. A Dartmouth college graduate, she has worked as a journalist in New York covering the legal industry and the law for more than three decades. Before joining Reuters, she was a writer and editor at The American Lawyer. Frankel is the author of Double Eagle: The Epic Story of the World’s Most Valuable Coin. Reach her at [email protected]