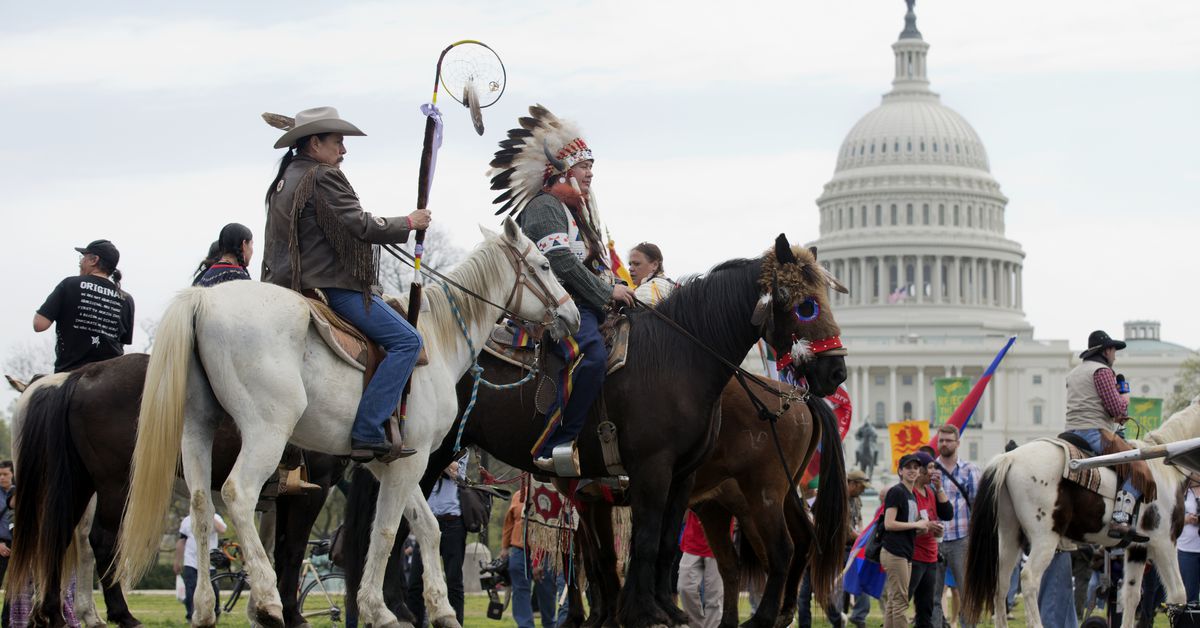 This article was first published in the State of Faith newsletter. Sign up to receive the newsletter in your inbox each Monday night.

Five years ago, Negiel Bigpond helped lead Native Americans from across North America in a radical act of forgiveness. Participants danced, sang and prayed in the shadow of the Washington Monument, committing to do their part to heal tribal relationships with government officials, which had been strained by centuries of abuse.

“We forgave when no one asked us to forgive,” said Bigpond, a member of the Yuchi Tribe who lives in Oklahoma.

Although Bigpond still speaks of the event with pride, his memory of it is clouded by the knowledge that the work of that day remains undone. He and other Native Americans are still waiting for the federal government to make a similarly bold move and publicly apologize for harms done to their tribes since the United States’ founding, which include forcing tribes to relocate and requiring Native children to abandon various aspects of their tribal culture at government-run boarding schools.

“The seed of forgiveness is planted, but … we still need the president, or someone with authority, to do their part,” Bigpond said.

This summer, Bigpond — in partnership with Sam Brownback, the former U.S. ambassador-at-large for international religious freedom — is stepping up his efforts to hold the government to account. He formally launched a program called The Apology Movement to raise awareness of historic mistreatment of Native Americans and a piece of federal legislation from 2009 that acknowledges the government’s guilt.

That legislation, which was attached to a Department of Defense budget bill, was meant to be an official apology to Native tribes. However, Bigpond and others came to think of it as a somewhat empty gesture after President Barack Obama and then President Donald Trump failed to recognize what had been written.

“It’s in the record, it’s in a law that passed, but we’ve never heard Obama or Trump say anything about it,” Bigpond said.

Bigpond is hopeful that federal officials will soon acknowledge his efforts and openly take responsibility for past and present wrongs. In so doing, the Biden administration would be healing a wound that is at once political and spiritual, he said.

“This is not about land, pipelines or anything like that. It’s about spiritual healing for my people,” Bigpond said.

Fresh off the press

Term of the week: Restraining order

Until recently, I thought restraining orders were only used in the context of domestic violence, stalking or other types of criminal cases. In reality, they also come into play in legal battles over controversial policies, including in the religious freedom sphere.

Judges can put a temporary restraining order in place to block the implementation of a policy for a few days or weeks while they consider a more long-term solution. In some cases, the judge will replace the temporary order with a preliminary injunction, which typically puts the policy on hold until the resolution of the ongoing court case.

To learn more about how these orders work, check out my story from last month on a battle over Texas’ effort to bar nongovernment bodies from transporting immigrants.

As Americans across the South and Northeast struggle with flooding and storm damage, faith groups are offering assistance in the form of free meals, cleanup crews and spiritual support. At the same time, these religious organizations are trying to keep their volunteers safe from COVID-19. Religion News Service wrote an interesting story last week on the safety measures put in place by humanitarian groups working in Louisiana and Mississippi.

Hours after discovering the fun story on camping in churches that I wrote about in last week’s newsletter, I stumbled on an article about Church Space, a Houston-based company that helps churches rent out their buildings when they’re not in use. “Smaller ministries and congregations, small businesses, ghost kitchens and other renters” can use the service to find the space they need, Houston Inno reported.

Researchers agree that members of certain faith groups are less likely than an average American to have received the COVID-19 vaccine. They also agree that it’s very difficult to tease out exactly how much someone’s religion impacts this health decision, since the influence of faith is hard to untangle from the influence of politics. “It’s tricky to extricate evangelical positions from Republican ones, given the overlap between those groups,” wrote Philip Bump for The Washington Post last week.

Earlier this year, I wrote about the many state legislatures considering bills that would make it illegal to force churches to stop meeting in person during a public health emergency. Last week, North Carolina lawmakers passed a related measure, which aims to ensure that pastors and other clergy members always have access to hospital patients. During the height of the COVID-19 pandemic, some hospitals stopped allowing even staff chaplains to enter patient rooms.

State of Faith with Kelsey Dallas


Get weekly stories to help deepen your understanding of religion in the public square.