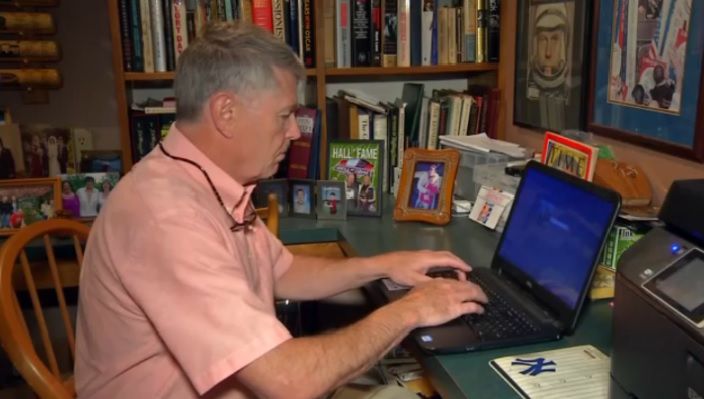 Ken Tingley spent years chronicling the lives of those who live in and around Glens Falls in upstate New York. It’s a service that’s rendered profiles of those who have struggled and triumphed for a generation in the region.

Tingley is retired now, and next month is publishing a book of columns and stories about the lives of everyday people. The book, “The Last American Editor,” also follows up on what happened next after they appeared in print.

“I did a P.S. item at the end where I contacted people I wrote about and found out how did things turn out afterwords,” said Tingley, who was my boss for two-and-a-half years when I worked at The Post-Star.

The book is being released as local news is facing hurricane-force headwinds, a vicious cycle of declining readership and subscriptions and cuts and layoffs. The media landscape has shifted to the internet, with an emphasis on a polarized national stage.

But Tingley’s approach to column writing forges connections with the people he profiled. The book is also inspired in part by a collection of columns by former Post-Star columnist Don Metivier.

Can newspapers restore that lost connection with readers and a community?

What’s lost when newspapers die — as thousands have done in recent years — is a chronicling of lives and a better understanding of what City Hall is up to.

Studies have shown the decline in local newspapers has contributed to a rise in paritsanship and cost taxpayers more money when local corruption goes unnnoticed.

“I look at this really as a love story to community journalism — the stories about the great things people did,” Tingley said of his book. “They’re good news stories, they’re poignant stories. They’re about a father missing his kid’s high school graduation. These are stories people can relate to.”

And stories that can be lost are ones like these in Glens Falls from a column Tingley wrote: “Glen Street merchants would kill for this type of foot traffic. It is a constant, unrelenting march of folks trying to get through the next day by trying to get through this door. There is no cash register. No place in downtown Glens Falls does better business than Community Action’s food pantry on Maple Street.”

This, Tingley said, gets to the heart of several issues.

“The heart of Glens Falls, how people are willing to help, how there are places for help and about a problem of how people are falling through the cracks,” he said.

Tingley’s book will be released July 30. It can be found online at soopllc.com.