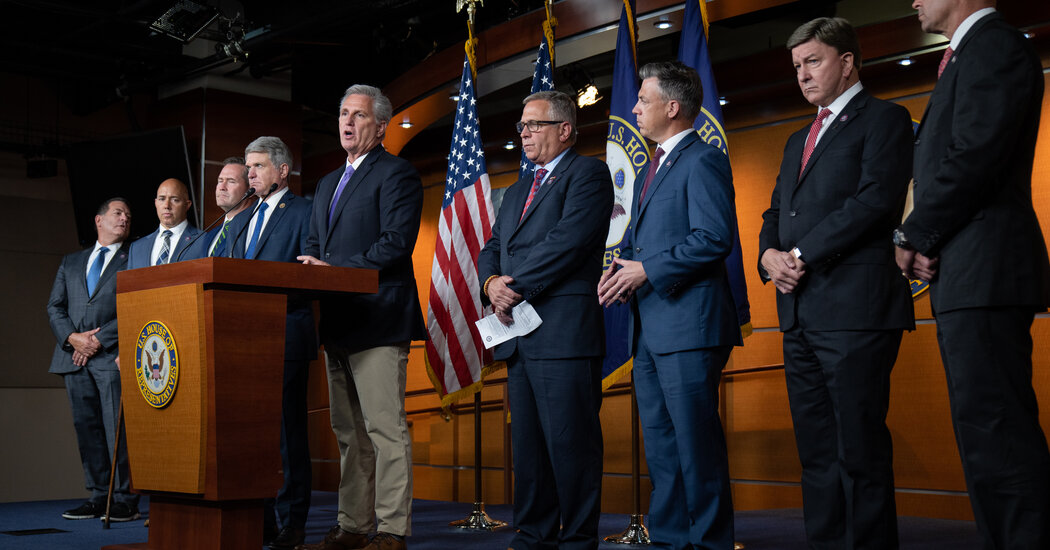 Now, the three are among dozens of prominent Republicans who, with President Biden seeing the pullout through, have sharply reversed themselves — assailing Mr. Biden even as he keeps a promise that Mr. Trump had made, and carries out a policy to which they had given their full-throated support.

The collective U-turn reflects Republicans’ eagerness to attack Mr. Biden and ensure that he pays a political price for the way he ended the war. With Mr. Trump reversing himself as the withdrawal grew chaotic and, in its endgame, deadly, it also offers new evidence of how allegiance to the former president has come to override compunctions about policy flip-flops or political hypocrisy.

“You can’t be going out there and saying, ‘This war was worthless and we need to bring the troops home’ in May, and now hitting Biden for doing just that,” said Representative Adam Kinzinger of Illinois, a Republican who broke with Mr. Trump after the Jan. 6 Capitol riot and has long favored maintaining a military presence in Afghanistan. “There’s no shame anymore.”

Mr. Trump came into office having reversed his party’s long-held position on foreign interventions and called for an immediate removal of American troops stationed overseas. In February 2020, he announced a peace treaty with the Taliban, negotiated by Mr. Pompeo, that called for ending the American presence by May 1, 2021.

After his defeat last November, Republicans clung to Mr. Trump’s America-first line. They urged Mr. Biden to stick to the May 1 deadline, and publicly groused when Mr. Biden extended the date for a withdrawal until Aug. 31. “That kind of thinking has kept us in Afghanistan nearly 20 years,” Representative Andy Biggs of Arizona complained at the time.

But as the Americans’ final days in Afghanistan devolved last month into a frantic race to get more than 125,000 people out — during which 13 service members were killed in a bombing attack outside the Kabul airport — Republican lawmakers and candidates who had embraced Mr. Trump’s agreement with the Taliban abruptly changed their tune. They savaged Mr. Biden for negotiating with the Taliban and denounced his avowed eagerness to wind down the American presence in Afghanistan before Sept. 11, calling it a sign of weakness.

“I would not allow the Taliban to dictate the date that Americans leave,” Mr. McCarthy said at a news conference on Friday. “But this president did, and I don’t believe any other president would, Republican or Democrat, outside of Joe Biden.”

Once defined by its hawkishness, the G.O.P. since Mr. Trump’s 2016 election has ruptured into camps of traditional interventionists like Senator Mitch McConnell of Kentucky, who never quite warmed to Mr. Trump’s inward-looking foreign policy, and backers of Mr. Trump’s America-first approach, who shared his impatience in extricating the nation from intractable conflicts abroad.

Last year, Mr. McConnell, then the majority leader, took to the Senate floor to decry Mr. Trump’s planned withdrawal from Afghanistan, warning that a premature exit would be “reminiscent of the humiliating American departure from Saigon.”

But hitting Mr. Biden unites them all.

The Republican calls for Mr. Biden’s resignation, impeachment or removal from office under the 25th Amendment are also a reminder of how much more polarized the country’s politics have become since the start of the U.S. war in Afghanistan in the immediate aftermath of the Sept. 11 attacks, when Democrats and Republicans alike united behind President George W. Bush.

No Republican has turned faster on the Afghanistan withdrawal than Mr. Trump himself, who after years of espousing a return to isolationism has spent the last two weeks attacking Mr. Biden for carrying out the very withdrawal he had demanded and then negotiated.

As late as April 18, Mr. Trump exhorted Mr. Biden to accelerate the timetable for withdrawal: “I planned to withdraw on May 1st,” he said. “We should keep as close to that schedule as possible.”

Once things appeared to go haywire, however, the former president began to speak out against the withdrawal.

On Aug. 24, Mr. Trump accused Mr. Biden of forcing the military to “run off the battlefield,” leaving “thousands” of Americans as “hostages.” And he suggested that Mr. Biden should have kept at least some troop presence in Afghanistan.

“We had Afghanistan and Kabul in perfect control with just 2,500 soldiers and he destroyed it when it was demanded that they flee!” Mr. Trump said.

Other Republicans fell in behind Mr. Trump in attacking the president: Mr. McCarthy urged his lawmakers in a letter this week to make the case that Mr. Biden was single-handedly responsible for “the worst foreign policy disaster in a generation.”

Their efforts, however, have been complicated by Mr. Trump’s rhetorical reversal, leaving Republicans struggling to articulate a view that does not contradict either his previous support for leaving Afghanistan or his current stance in criticizing the pullout.

The results have left it difficult to discern exactly what Mr. Trump and his devotees now actually believe.

Last week, Mr. McCarthy asserted that the United States should not keep any troops in Afghanistan, but then suggested that it should have held onto Bagram Air Base. Asked if Mr. Trump had been wrong to negotiate with the Taliban, Mr. McCarthy responded instead by saying that the chaos of the withdrawal had occurred on Mr. Biden’s watch, not Mr. Trump’s.

Pressed again Tuesday to say whether the United States should maintain a military base in Afghanistan, Mr. McCarthy again demurred. “The priority right now is, what is the plan to bring people home?” he said.

Understand the Taliban Takeover in Afghanistan

Who are the Taliban? The Taliban arose in 1994 amid the turmoil that came after the withdrawal of Soviet forces from Afghanistan in 1989. They used brutal public punishments, including floggings, amputations and mass executions, to enforce their rules. Here’s more on their origin story and their record as rulers.

Who are the Taliban leaders? These are the top leaders of the Taliban, men who have spent years on the run, in hiding, in jail and dodging American drones. Little is known about them or how they plan to govern, including whether they will be as tolerant as they claim to be. One spokesman told The Times that the group wanted to forget its past, but that there would be some restrictions.

To try to distinguish their support for the concept of withdrawal from their criticism of Mr. Biden’s handling of the actual withdrawal, some Republicans — including Mr. Pompeo, the former secretary of state — contend that Mr. Trump would have been tougher and would not have tolerated the Taliban’s advance on Kabul. They suggest that he would have stopped the withdrawal and declared that the Taliban had violated the conditions of the peace deal.

But the conditions negotiated by the Trump administration were largely vague, and nothing in the agreement mandated that the Taliban stop their military campaign, refrain from capturing Kabul or agree to a power-sharing agreement with the Afghan government.

Republicans have yet to name specific conditions that they believe the Taliban have violated. And those who praised Mr. Trump’s plan but assailed Mr. Biden’s withdrawal have volunteered few substantive suggestions for what the president should have done differently.

“There was a plan in place last year that was turned over to the Biden administration that I supported and would have worked,” Representative Clay Higgins, a Louisiana Republican, said at a news conference Tuesday held by the hard-right House Freedom Caucus.

But he provided no specifics about the blueprint that he said Mr. Biden had disregarded.

Some of the loudest criticism of Mr. Biden has come from lawmakers who had urged him to accelerate the pullout from Afghanistan, reasoning that there never would be a good time to leave.

Mr. Hawley, the Missouri senator, wrote in November that “the time has come to end the war in Afghanistan” and asked Mr. Trump’s acting defense secretary to remove troops “as expeditiously as possible.” In April, he publicly lamented Mr. Biden’s extension of the deadline for withdrawal. But after Thursday’s bombing, Mr. Hawley called for Mr. Biden’s resignation, arguing that the chaotic withdrawal was not inevitable, but rather the product of Mr. Biden’s failed leadership.

“We must reject the falsehood peddled by a feckless president that this was the only option for withdrawal,” Mr. Hawley said.

Representative Glenn Grothman of Wisconsin was a cheerleader for Mr. Trump’s withdrawal plans. As the ranking Republican on the House Oversight Committee’s national security subcommittee, he credited the “Taliban peace treaty” for the months that followed in which no Americans were killed in Afghanistan. Again and again, he praised Mr. Trump for getting the troop drawdown underway.

Once chaos erupted in Kabul, however, Mr. Grothman became a loud and vocal critic of the pullout. “It does not surprise me” that the Afghan government fell quickly to the Taliban, he told WFDL, a local radio station in his district. He argued that U.S. troops should have stayed on.

“I don’t see how you can leave, because what’s going to happen if you don’t get people out, given what the Taliban are like?” Mr. Grothman told the radio station. “Are they going to be killing people?”

In an interview, Mr. Grothman argued that Mr. Trump had looked strong in negotiating the peace deal with the Taliban, while Mr. Biden’s failure to prevent last week’s violence made him look weak.

He said he did not recall praising Mr. Trump’s deal to withdraw from Afghanistan. Even so, he added: “We didn’t know how the deal was going to play out.” 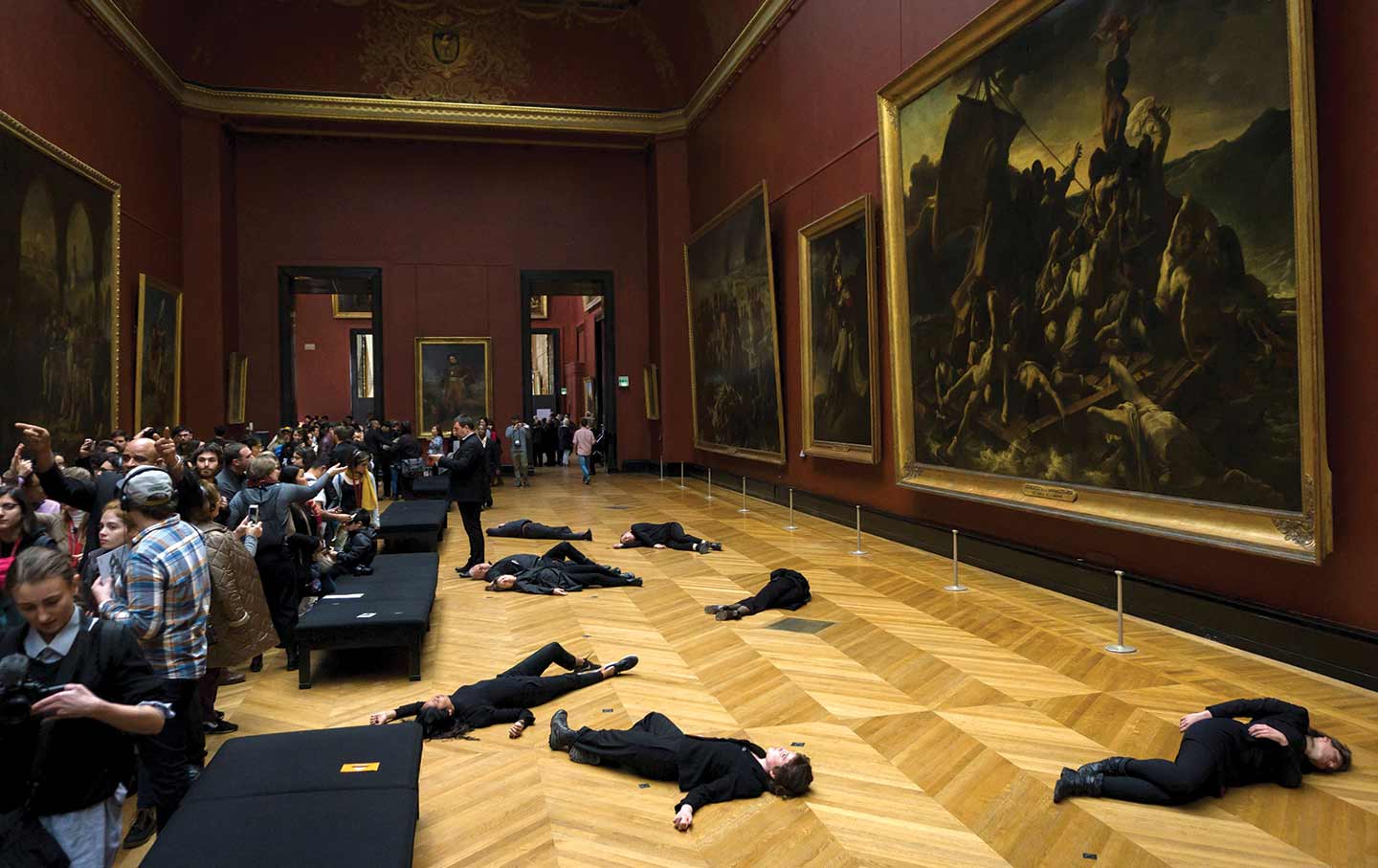 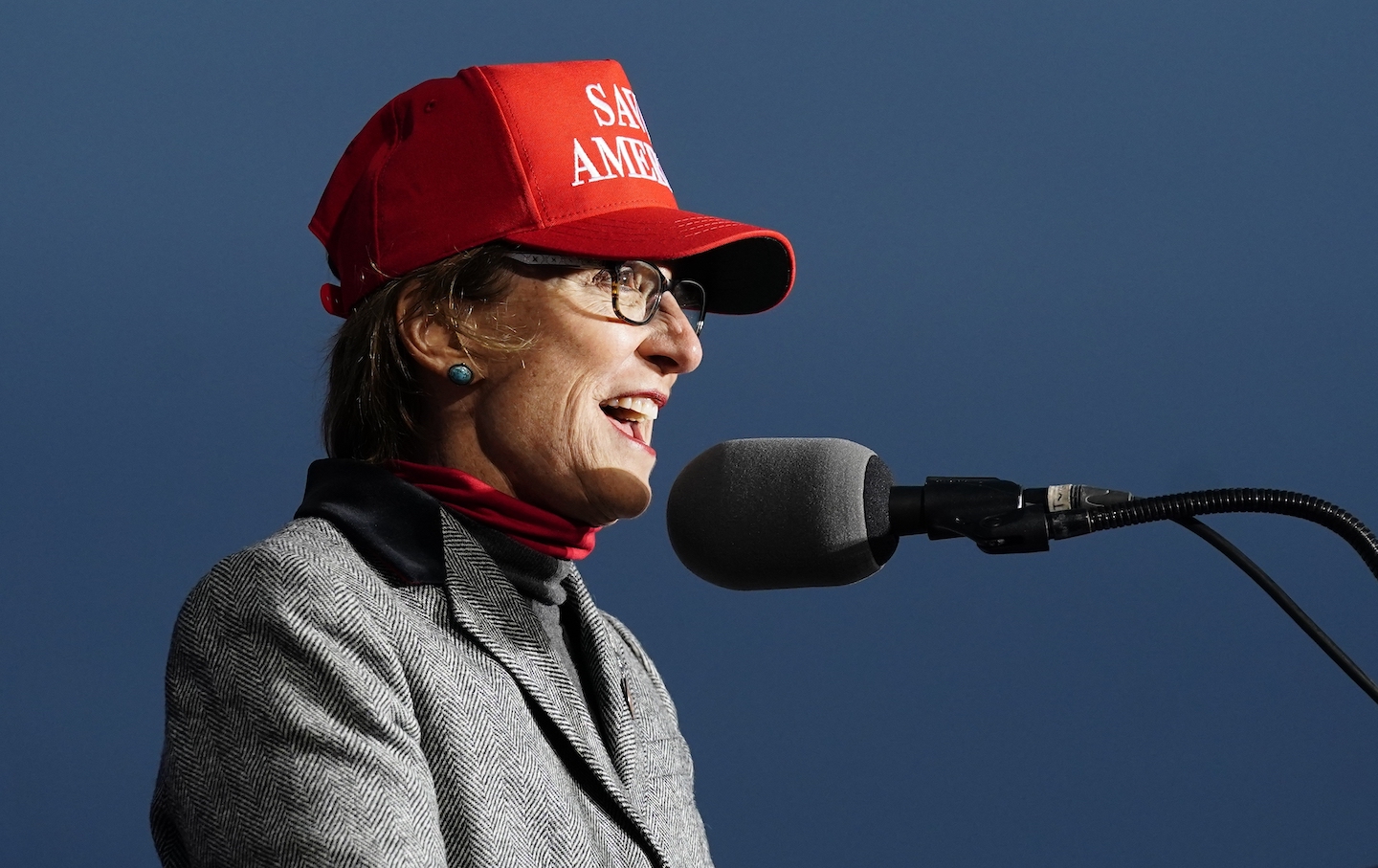 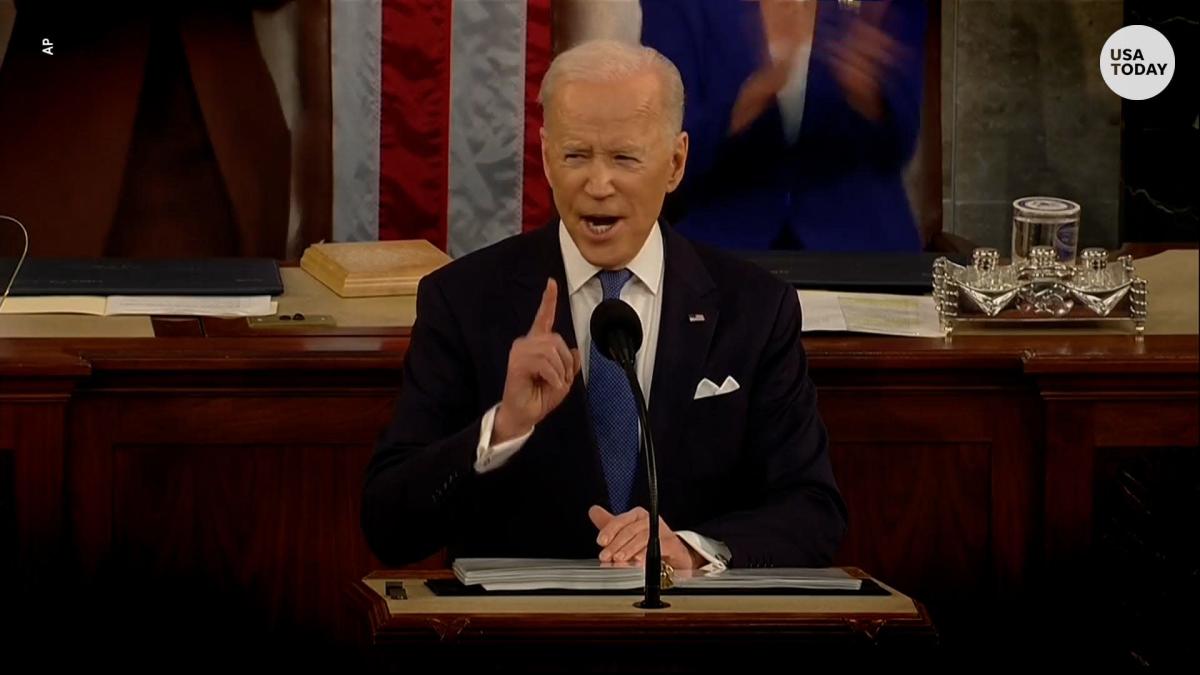