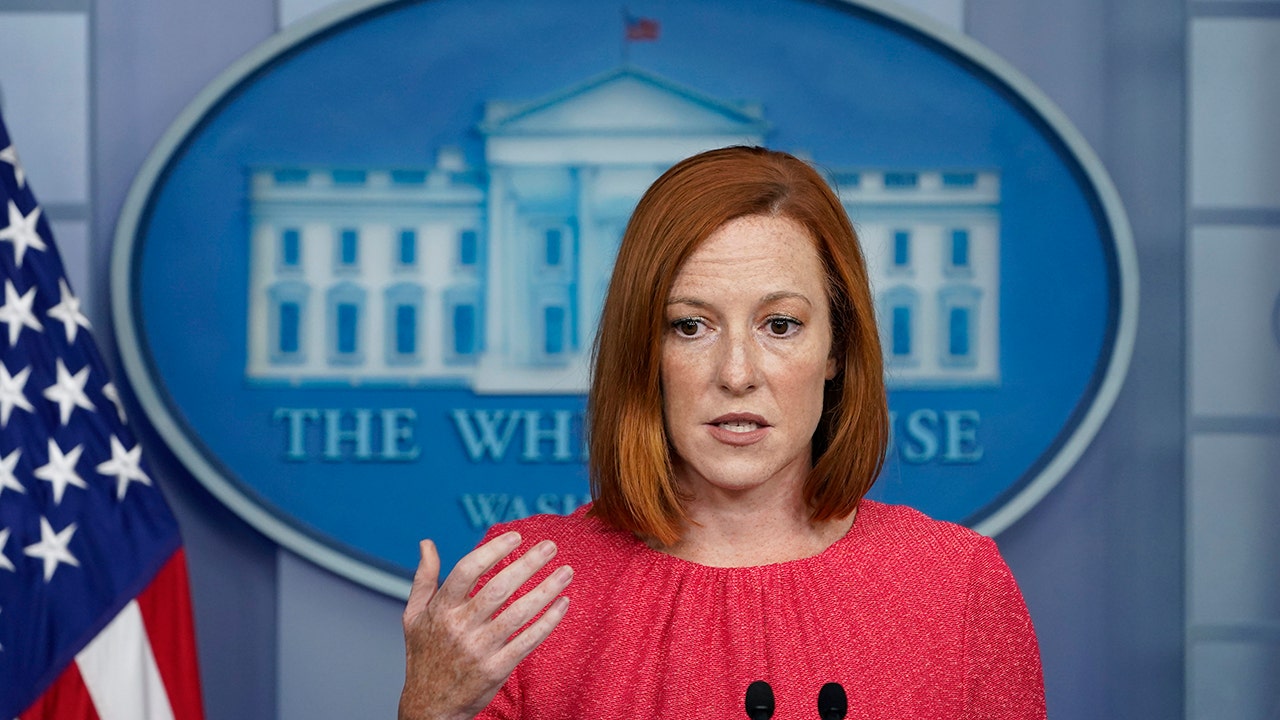 White House Press Secretary Jen Psaki dismissed calls for President Joe Biden to resign in the wake of a terrorist attack in Kabul, Afghanistan that killed 13 U.S. service members, saying that there’s no room for politics in the discussion of the tragedy.

“This is a day where U.S. service members, 12 of them, lost their lives at the hands of terrorists,” Psaki said during a Thursday briefing. “It is not a day for politics. We would expect that any American, whether they are elected or not, would stand with us in our commitment to going after and fighting and killing those terrorists wherever they live and to honoring the lives of service members, that’s what this day is for.”

BIDEN DOESN’T DENY REPORT OF US HANDING OVER NAMES OF AMERICANS TO TALIBAN: ‘THERE MAY HAVE BEEN’

Several prominent Republicans, including Sens. Josh Hawley and Marsha Blackburn and former U.S. Ambassador to the United Nations Nikki Haley, have called for Biden to step down following the suicide bombing, arguing that the chaos that has unfolded in Afghanistan has shown that Biden does not possess the necessary leadership to continue serving as president. Blackburn responded to Psaki later Thursday, tweeting that Biden “and his administration should have never made the political decision to withdraw by a specific date — just so they could take a victory lap on the 20th remembrance of 9/11.”

“To say that today’s loss of American lives in Kabul is sickening does not begin to do justice to what has happened,” Hawley tweeted Thursday. “It is enraging. And Joe Biden is responsible. It is now clear beyond all doubt that he has neither the capacity nor the will to lead. He must resign.”

NIKKI HALEY, OTHER REPUBLICANS CALL FOR BIDEN’S RESIGNATION OR IMPEACHMENT AFTER ATTACK AT KABUL AIRPORT

Haley, also on Twitter, said that the president should step down.

“Should Biden step down or be removed for his handling of Afghanistan?” Haley asked. “Yes. But that would leave us with Kamala Harris which would be ten times worse. God help us.”

Several prominent Republican congresswomen, including Rep. Marjorie Taylor Greene and Rep. Lauren Boebert, have also called for the president to step down or be impeached.