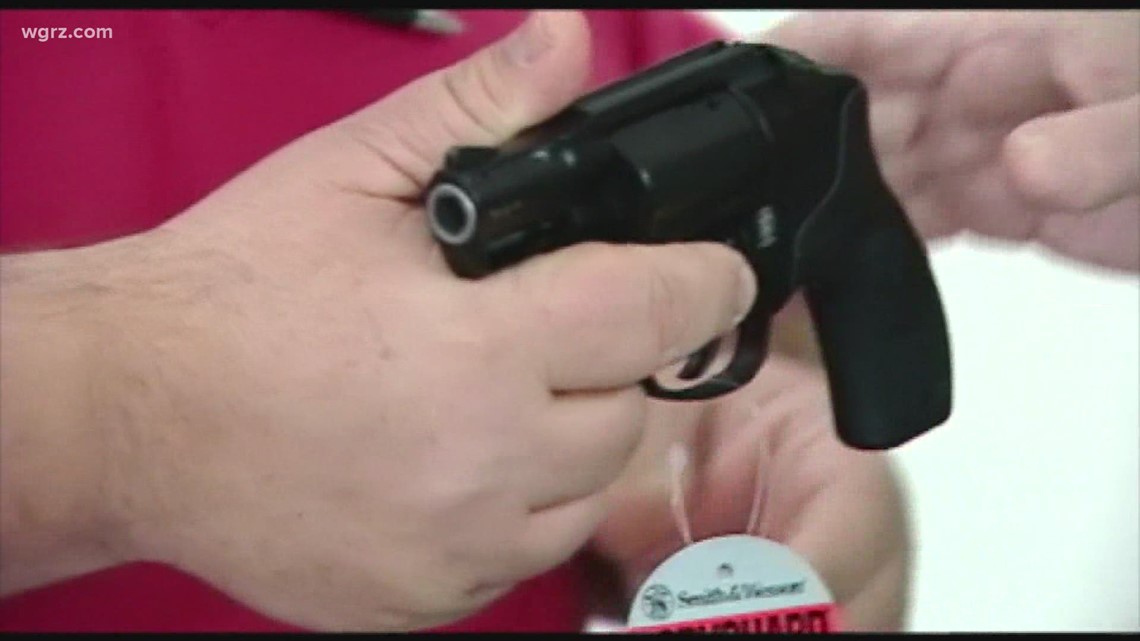 While exercising the extraordinary powers granted to him under the public health emergency he declared for the pandemic, Cuomo suspended or changed hundreds of laws in the state, free from legislative oversight.

His move to decree that gun violence is a “public health emergency” brought a swift a response from State Assembly Minority leader Will Barclay, who stated:

“The governor’s decision to issue yet another executive order and declare gun violence a public health emergency is another example of his incessant need to circumvent the Legislature and dictate policy from his bully pulpit.”

Added Senate Minority Leader Rob Ortt (R-North Tonawanda): “If you are a gun owner, if you care about liberty and freedom and the Constitution, I would be very, very concerned about this governor declaring a state of emergency.”

Cuomo took no questions from reporters when he made his announcement on Tuesday, but on Wednesday Lt. Gov. Kathy Hochul addressed the declaration while visiting Buffalo.

When asked if she could assure legal gun owners that Cuomo would not use executive powers during a declared state of emergency to unilaterally enact more gun control measures, Hochul replied, “To the gun owners who may be anxious, legal guns are safe, and we’re going to go after illegal guns that find their way into our state. I think everyone, regardless of whether you are a gun owner or not, will appreciate the fact that the State of New York is trying to protect everyone.”

Gun violence has soared in recent months in many of the nation’s large cities, including several in New York. According to police and prosecutors, the violence seldom involves lawful gun owners using legally registered weapons. Instead, it is almost always comes at the hands of those who are using weapons obtained illegally.

Among a myriad of proposals made by Cuomo are measures to try and stem the tide of illegal guns on the streets.

NYS Senator Sean Ryan (D-Buffalo) also believes lawful gun owners shouldn’t fear about any more of their rights to carry firearms being taken away, through some executive order during a declared state of emergency.

“He (Cuomo) had the enhanced powers that were granted to him during the pandemic, but those those powers are gone,” Ryan said.

Ryan emphasized the word “enhanced,” in saying that is a key difference between the powers Cuomo would have under his latest declared state of emergency and that which was declared during the pandemic.

According to Ryan, Cuomo can exercise no more authority in this declared emergency than he always had during emergencies prior to the pandemic, such as during a snowstorm or other disaster.

“As we always do, we’ll keep an eye on things. But no, I don’t really have a worry because his powers are back to normal powers,” Ryan said.

“These (state legislature democrats) are the same folks who for a better part of a year refused to do anything to check or moderate the governor’s powers even when people asked them to do so,” said Ortt, who also believes that if the governor did try to enact a change in laws regarding legally owned guns, that he wouldn’t get much resistance from his fellow Democrats who control both houses of the state legislature.

“From what I’ve seen in the past two years, it seems like this legislature would pass any gun control measure, but he may also do this to get them off the hook so they wouldn’t have to take a vote that might be tough, or which would be in regard the Second Amendment,” Ortt said.

Ortt to Cuomo: Look within

Ortt also puts the blame on the uptick in shootings and gun-related crimes squarely on Cuomo’s shoulders, saying that the crisis in cities across the state “directly correlates with the passage of the disastrous bail and other criminal justice ‘reforms,’  an out-of-control Parole Board that has released countless murderers and other dangerous criminals, and calls by Democrats to defund our police.”

Ortt further said that heinous acts of violence and the victims affected deserve real solutions, and not “political grandstanding.”