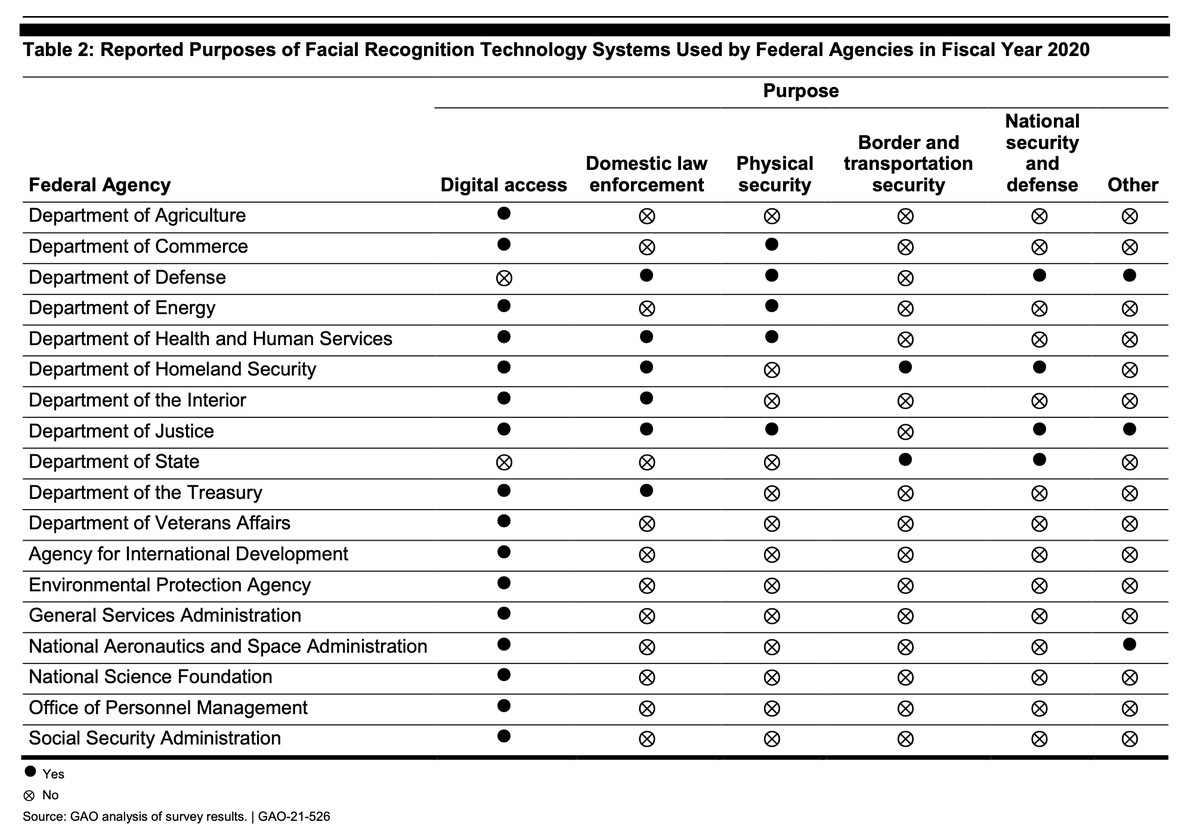 A new report from the Government Accountability Office (GAO) found that 19 of the 24 US government agencies surveyed are using facial recognition in some way, illustrating how commonplace the controversial technology has become within the federal government. The list of agencies includes agencies like the Department of Defense and Department of Homeland Security (DHS) that maintain in-house systems, alongside smaller agencies that use the system to control access to high-security locations.

“As the use of FRT continues to expand,” the report explains, “members of Congress, academics, and advocacy organizations have highlighted the importance of developing a comprehensive understanding of how it is used by federal agencies.”

A previous GAO report found federal agencies have few meaningful systems in place to track the use of privately contracted facial recognition systems.

The report found four separate agencies that had used Clearview AI, a controversial private company that compares new photos against data scraped from social media platforms. DHS and the Justice Department used Clearview AI for conventional law enforcement searches, while the Department of the Interior employed the system through the US Park Police. Notably, the Office of the Inspector General in HHS also began a pilot of Clearview AI in September to “assist with identifying subjects of a criminal investigation.”

Privacy advocates have raised significant concerns about racial bias in facial recognition, and states like Maine and Massachusetts have passed specific measures to limit its use. However, those efforts have done little to slow federal use of the technology. In particular, Customs and Border Protection continues to expand the use of facial recognition in airports, both as part of the Biometric Exit program and in voluntary programs like Global Entry. The TSA is currently testing a new facial recognition system as part of its credential verification system, although it remains unclear whether the system will roll out for wider use.