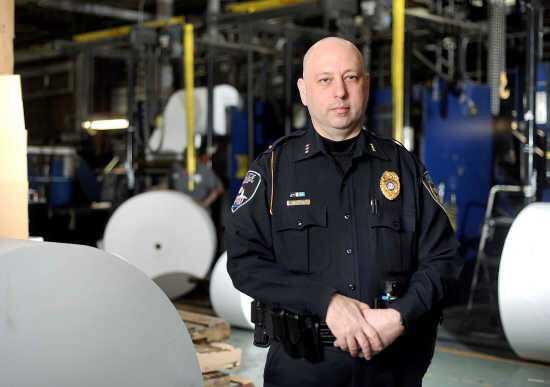 Cape Girardeau Police Chief Wes Blair said Monday he has “concerns” about what he terms “the unintended consequences” of a bill signed over the weekend by Gov. Mike Parson prohibiting enforcement of federal gun laws by local law enforcement officials.

Parson signed the “Second Amendment Preservation Act” on Saturday after both chambers of the General Assembly passed it easily in mid-May.

“I’m still trying to seek full legal guidance to be certain, but we are being forbidden to cooperate with the federal government on gun charges,” said Blair, Cape Girardeau’s chief since 2013.

Blair said if his understanding of the new law is correct, “then I will have to pull my officers (now) on federal task forces, including ATF (Bureau of Alcohol, Tobacco, Firearms and Explosives),” adding, “I don’t know that we’ll have much choice, otherwise we’ll be violating state law.”

Greene County Sheriff Jim Arnott, whose office is responsible for the City of Springfield, indicated some ambivalence about the Act but is not opposed to the legislation’s intent.

“I believe the goal is we don’t want a federal gun grab and I totally agree with the concept,” Arnott told reporters Saturday.

“I’m very supportive of protecting a citizen’s Second Amendment rights, always have been and always will be, because we don’t want to do ‘gun grabs,’ but one of the unintended consequences is (the law) hogties us when it comes to putting felons in federal prison for gun charges,” Blair said. “We’ve seen some pretty good successes with the violent gun crimes we’ve had here (in Cape Girardeau) by working with our federal partners.”

The measure carries a penalty for infringement.

Under the Act, Missouri law enforcement agencies with police who knowingly enforce any federal fireaams laws could be sued and fined up to $50,000 per violating officer.