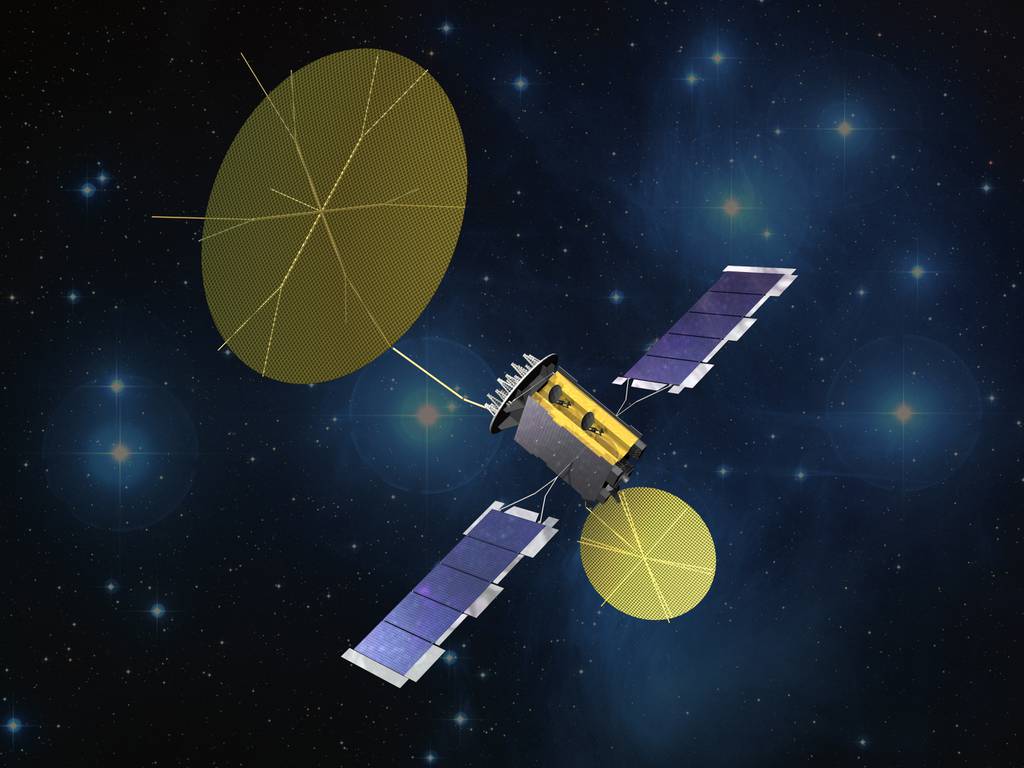 WASHINGTON — The completed constellation of the military’s narrowband satellite communications system has been on orbit for more than four years, yet users still cannot access its full range of advanced capabilities and are forced to rely on overtaxed legacy capabilities.

That’s according to a new report from the Government Accountability Office, a federal watchdog that regularly tracks the progress of Department of Defense systems and capabilities. The Sept. 2 report outlines several issues with the Mobile User Objective System, or MUOS, a narrowband SATCOM program developed and operated by the U.S. Navy.

Made up of four active satellites and one spare in geosynchronous orbit, MUOS is the military’s latest narrowband SATCOM system, supplementing and eventually replacing the Navy’s Fleet Satellite and the Ultra High Frequency Follow-On system. Narrowband SATCOM takes place in the 300 MHz to 3 GHz range, enabling more secure communications that are less vulnerable to weather or difficult terrain. Each MUOS satellite has two payloads: one consistent with existing narrowband capabilities and one that can provide more advanced capabilities, such as increased communications capacity, reduced signal interference and improved connectivity. MUOS is supposed to provide “a 10-fold increase in overall communications capacity over legacy UHF capabilities.”

While the satellite constellation has been in place for years now, developments on the ground have progressed much more slowly, the GAO explained.

The report noted that the distribution of user equipment has been hindered by a fragmented acquisition process, with each service in charge of purchasing its own equipment. Officials told GAO that made it difficult to align the fielding of terminals with the development of the space segments. A Narrowband Network Transition Plan Working Group was created by the Joint chiefs of Staff in 2020 to address the issue.

But the delays in fielding MUOS-ready terminals has resulted in an overreliance on legacy capabilities. The GAO notes a 2019 Navy analysis that found users oversubscribe to the available UHF channels, with Space Command officials admitting that some users forgo requesting UHF services under the assumption that there’s no availability.

The MUOS rollout has also been delayed by a lack of planning for the transition from UHF SATCOM networks to MUOS networks. The report stated that DoD did not even begin to develop a network transition plan until 2020 — six years after it first acknowledged the need for a plan.

Further complicating the transition process is the fact that future MUOS satellites won’t support legacy networks. While the current batch of MUOS satellites are designed to work with UHF SATCOM as the services and joint forces transition to the new system, sustainment satellites are being designed with the assumption that the transition is complete. One possible solution is a gateway being developed by the Defense Information Systems Agency, which will translate communications between MUOS and UHF SATCOM. That would enable users who do not plan to transition to MUOS networks to continue communicating — although GAO added that the fix won’t have the capacity to address the entire oversubscription issue. The fact that future MUOS satellites have also been pushed back could also relieve some of the urgency for transitioning.

Despite these issues, the Navy has not adequately planned for the military’s future narrowband needs or for how it will continue capabilities after MUOS. An analysis of alternatives has not taken place in years, despite DoD tasking the Navy to do one in 2017. GAO noted that the Space Force may receive funding to conduct an analysis of narrowband alternatives in fiscal 2022.

DoD has been slowly transferring MUOS to the U.S. Space Force, the new branch of the military established in late 2019 to unify and reform the nation’s space efforts. It was initially announced in May 2019 that the system would move to the Department of the Air Force, and in January 2021 milestone decision authority was officially transferred. Vice Chief of Space Operations Gen. David Thompson told C4ISRNET in May that the system, the operation center and the teams working on it were already in the process of being transferred to the Space Force.

The report concluded with two recommendations. First, it suggested that DoD should explore additional options for providing narrowband SATCOM in the near term. Second, DoD should ensure that narrowband SATCOM requirements are updated so the Space Force can analyze alternatives as early as fiscal 2022. DoD officials concurred with the office’s recommendations in their comments on the report.