Is cursive required to sign a traffic ticket or your driver’s license? 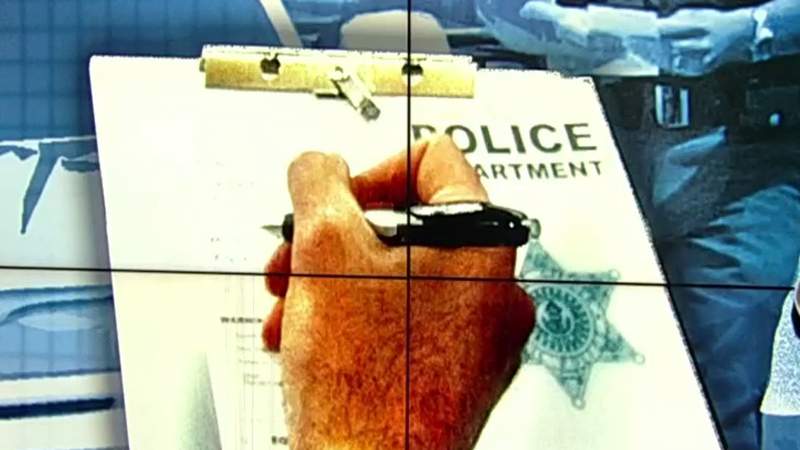 With cursive becoming less popular and not required under Common Core education requirements a viewer wanted to know how that will impact traffic-related document signing.

A viewer named Danny asked, “My grandson says they don’t teach cursive in school anymore. If you received a ticket, do you have to sign in cursive? Also, does this apply to your driver’s license?”

“It does blow my mind that they don’t teach cursive in grade school anymore but it’s understandable,” Montiero said.

According to a 2019 Reuters fact-check, public schools are not required to teach cursive writing under the 2010 Common Core State Standards, however, states can adjust these standards to best serve their students. Florida plans to adopt new education standards this coming school year known as the B.E.S.T. Standards. According to the Florida Department of Education, English Language Arts communications standards under B.E.S.T. cursive writing skills would be included.

Cursive handwriting skills or not, Montiero said that shouldn’t impact your ability to sign official documents.

“Remember, when you sign a traffic citation, you’re not signing it to admit guilt but acknowledging that you have simply received the citation,” Montiero said. “I always like making sure that information is put out there because that topic always comes up.”

Montiero, a reserves trooper for the Florida Highway Patrol, also said this is not something a law enforcement officer should give you trouble about.

“No law-enforcement officer is going to fault you for not using cursive when signing a traffic citation or any document,” Montiero said. “Your signature is unique to you, and you should choose how you sign your name.”

Several years ago, Florida law changed to where a violator does not have to sign a simple traffic citation. Now, this does not apply to anything that would be considered criminal or require a court appearance. This would be for your simple traffic-type violations like moving and non-moving violations.

Additionally, an officer may ask you to sign the citation, but you really don’t have to, according to Montiero.

“Now, don’t think that this is going to be ammo for you to use as an argument because that officer also knows you don’t have to sign the ticket and ultimately, they will simply just hand it to you if you refuse to sign,” Montiero said, adding “I can’t tel you how many times I was yelled at ‘I’m not signing that ticket.’ My response would always be ‘Well, good thing is you don’t have to.’ All with a smile of course.”

Finally, Montiero has one last piece of advice for our viewer, Danny, and his grandson.

“I would suggest that he practices how he would like to sign his name so that when he does get his driver’s license his signature is consistent so there are no issues going further,” Montiero said.