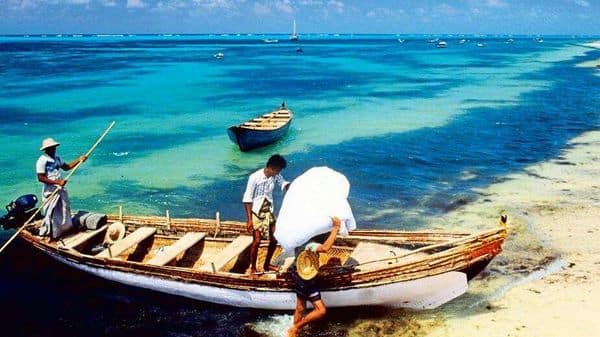 The central government’s expenditure finance committee may shortly consider a proposal for developing eco-tourism projects at Kadmat and Suheli islands in Lakshadweep, the strategically sensitive archipelago that is in the midst of protests over new rules and proposals introduced by its administrator.

The Union territory of Lakshadweep’s administration plans to develop the island on the lines of the Maldives in collaboration with the NITI Aayog even as protests grew.

These projects for water villas at Kadmat, Suheli and Minicoy will be developed on a design, build, finance, operate and transfer model, with the public-private-partnership appraisal committee already having approved the Minicoy project. The Kadmat and Suheli projects are estimated to cost around ₹240 and ₹247 crore, respectively.

However, according to an internal document reviewed by Mint, the revised draft concession agreement has dropped a clause related to the employment of locals.

According to the revised shortlisting criteria, an applicant should have owned at least a three-star hotel or above, having a minimum of 50 residential rooms, with an average daily room tariff of not less than ₹10,000 over the past five years. The applicant’s net worth should not be less than ₹60 crore.

In response to a Mint query about the benefits of the eco-tourism projects to the local population, Lakshadweep administrator Praful Khoda Patel said, “When tourism develops, everyone benefits. Do you see any possibility of a loss happening here?”

“You people should agree that after 73 years of the country’s Independence, something is happening there,” Patel added over the phone and asked Mint to contact Lakshadweep collector S. Asker Ali for more information.

Ali did not respond to queries emailed on Saturday.

Based on the previous RFQ evaluation, the shortlisted bidders for both Kadmat and Suheli islands were Ceebros Hotels Pvt. Ltd, and a consortium of Oriental Hotels Ltd and Kaveri Retreats and Resorts Ltd.

Oriental Hotels is marketed as part of the Taj Group of hotels. A spokesperson for Indian Hotels Co. Ltd, which operates Taj hotels, declined to respond to a query.

Queries emailed to the spokespeople for finance and home ministries, NITI Aayog and Ceebros Hotels on Saturday afternoon remained unanswered till press time. Kaveri Retreats and Resorts could not be contacted.

* Thank you for subscribing to our newsletter.