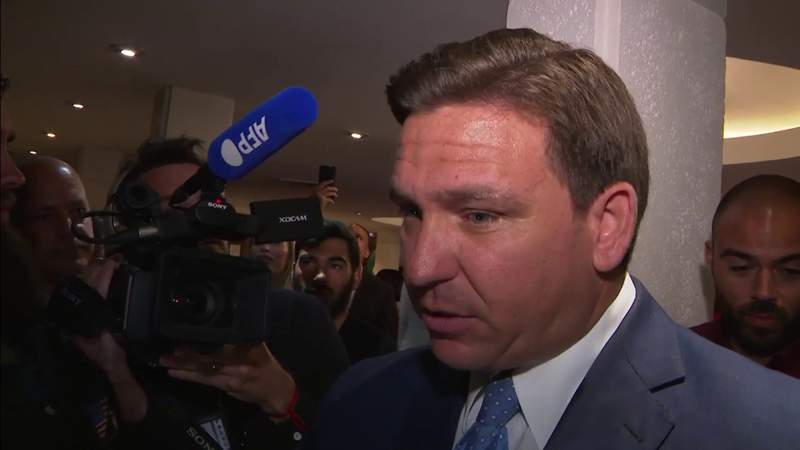 ESCAMBIA COUNTY, Fla. – Gov. Ron DeSantis spoke Friday morning at a weigh station along Interstate 10 near Pensacola as state law enforcement officers get ready to deploy to the southern U.S. border in Texas.

“As many of you know we’ve had a real, significant problem with what’s happening at the southern border,“ DeSantis said. “The cartels are doing a lot to bring in drugs, to do human trafficking — to do a lot of things that are not good for, not just the border states like Texas, but this has an impact all over the United States.”

The governor said Florida is committing 50 officers from state agencies — Florida Fish and Wildlife Conservation Commission, Florida Highway Patrol and the Florida Department of Law Enforcement — to head to Texas to assist law enforcement efforts along the border.

“Texas and Arizona sent requests to other states and Florida answered that call. We stepped up, partially because a lot of these states have stepped up to help us in emergency situations in the past — when we’ve had hurricane response and recovery operations.” DeSantis said. “So we feel it’s the right thing to do just on that, but we also understand that this is an issue that is affecting states like Florida.”

The governor said the state has seen methamphetamines and other drugs coming from the southern border.

He said the state’s officers are bringing specialized equipment with them and will begin operations in Texas on Monday.

When asked how this operation was being funded, DeSantis said, “That’s still a point of discussion.”

“Typically, if someone would help us we would pick up some of their funding. And so, so that’s how we would hope that it goes,” he added.