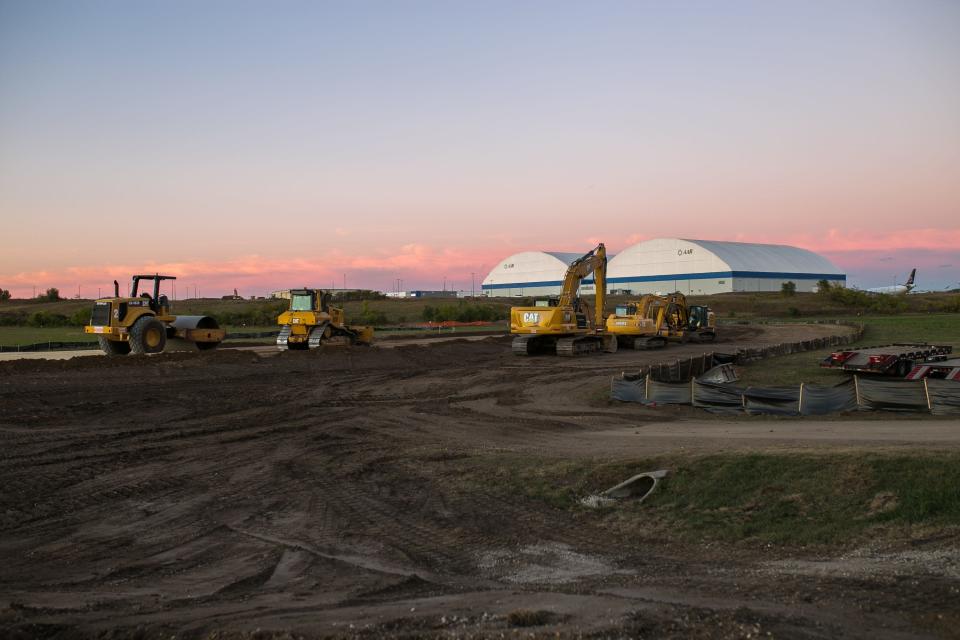 ROCKFORD — A number of arms of the federal authorities have joined the Higher Rockford Airport Authority in asking {that a} lawsuit introduced towards them over the preservation of a 25-acre piece of land be thrown out of court docket.

The U.S. Division of Transportation, U.S. Division of the Inside, Federal Aviation Administration and the U.S. Fish and Wildlife Service, 4 businesses named in a criticism filed by the Pure Land Institute again in October, responded to the lawsuit Monday.

The airport had already made its place identified final month. It has no plans to cease engaged on a $50 million enlargement challenge on the Chicago Rockford Worldwide Airport.

The airport claims the institute has no authorized standing or rights to guard what is named the Bell Bowl Prairie, which is positioned on airport property. The federal businesses say the swimsuit must be dismissed due to lack of standing and jurisdiction.

“There exists no viable authorized idea for (the Pure Land Institute) to maintain its claims towards the federal defendants in district court docket. This case must be dismissed accordingly,” a Jan. 31 memo states.

The Pure Land Institute claims the federal businesses violated state and federal conservation acts once they greenlit the enlargement challenge, permitting the Higher Rockford Airport Authority to disturb the Bell Bowl, land conservationists say is a remnant of an historic prairie that homes uncommon and endangered crops and bugs just like the rusty patch bumblebee.

Rockford airport: Conservationist group’s lawsuit must be thrown out

In a Jan. 19 response to the airport’s movement to dismiss the case, the Pure Land Institute argued that the potential destruction of the prairie will have an effect on the neighborhood and NLI’s practically 700 members, who’ve helped handle the prairie for the reason that Nineteen Fifties.

“For many years, NLI’s staff and members repeatedly managed, noticed, visited, studied, or in any other case loved BBP,” the response states. “NLI and its members — in addition to the general public at massive — derive aesthetic, leisure, skilled, financial, and private advantages from the distinctive and uncommon co-location of assorted fauna and flora on (Bell Bowl Prairie).”

The response additional accuses the airport authority of breaching a 1977 settlement that allowed the institute to carry out ongoing land administration on Bell Bowl Prairie. The unsigned settlement was terminated by the authority’s board in December.

Members of the Pure Land Institute and its supporters are calling on the Higher Rockford Airport Authority to revamp the enlargement plan, particularly a service street that may cross the prairie.

Work is on pause till March 1 so airport officers can decide whether or not federally protected rusty patch bumble bees are hibernating within the prairie.

Events are due again in court docket on Feb. 17.