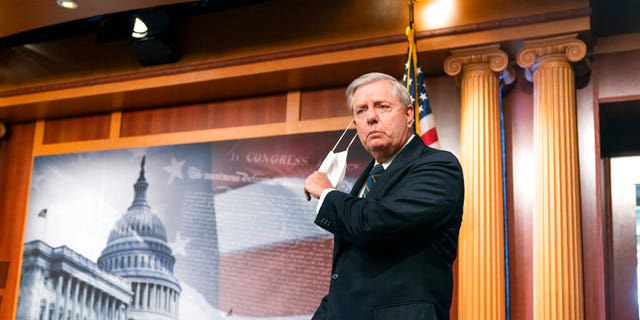 The delta variant surges. Cases spike, even among vaccinated persons. People are getting sick.

Congress is a mirror of American society.

The House of Representatives was out of session in late July. But the Senate met into early August, working on the bipartisan infrastructure bill and a budget framework for a massive social spending plan.

But then came Aug. 19. The Senate had wrapped up its business for a truncated August recess on Aug. 12. But on Aug. 19, Sens. Roger Wicker, R-Miss., Angus King, I-Maine, and John Hickenlooper, D-Colo., tested positive the same day. All were vaccinated.

The U.S. Capitol actually has one of the higher vaccinated rates of any workplace in America once you factor in lawmakers, aides, custodial staff, U.S. Capitol Police officers, repair workers, journalists, you name it. But like much of the country, the House started to see an uptick in breakthrough infections in mid-July. Rep. Vern Buchanan, R-Fla., tested positive on July 19. Buchanan became the first House member to test positive since Rep. Stephen Lynch, D-Mass., on Jan. 29. Then, a spate of House members followed with positive COVID-19 results: Reps. Barry Moore, R-Ala., Troy Nehls, R-Texas, and Mike Doyle D-Pa., tested positive within a few days earlier this month.

Sen. Lindsey Graham, R-S.C., speaks to reporters during a news conference at the Capitol, Thursday, Jan. 7, 2021, in Washington. Graham said Thursday that the president must accept his own role in the violence that occurred at the U.S. Capitol. (AP Photo/Manuel Balce Ceneta)

A grand total of 33 members of the 117th Congress have now tested positive. Eleven alone since mid-July. Most members are vaccinated. This means most of those contracting COVID-19 are encountering breakthrough infections.

All of that is consistent with what we are seeing in the populace at large. However, one key difference and risk for lawmakers is that they fly back and forth to their districts and states on a regular basis. They naturally encounter lots of other people and engage with constituents at events – even though some of that is still limited. So, the potential for infection is significant among lawmakers because of the nature of their job.

Lawmakers and certain staff received the first wave of vaccines as part of a national security “continuity of government” effort starting late last year and drifting into January. Fox is told some of those lawmakers and aides who are immunocompromised are already receiving booster shots at the Capitol through the Capitol’s Office of the Attending Physician. Others will be eligible for boosters on Sept. 20. Some senior aides were told over the past few weeks that the Office of House Employment Counsel could well make a decision in the coming days about imposing a vaccine mandate for those working on Capitol Hill.

Things “feel” like they are “kinda, sorta” back to normal (whatever that is) on Capitol Hill. But they really aren’t. The rest of society is partly hybrid now. Congress is, too. Masks all but disappeared in Congress when vaccinations reached their zenith in May and June. Cases dropped precipitously. But now about 60% to 70% of all persons walking around on Capitol Hill are back to wearing masks – be they lawmakers, congressional aides or others. A higher percentage of Democrats or those who work for Democrats don masks. Republicans, not as much. Older workers tend to be seen in masks more than younger folks on Capitol Hill.

This is why Capitol Hill is often a perfect mirror of the rest of society.

But as much as things are semi-normal in Congress, some things still aren’t back to where they were in early March 2020. That may be a good thing. Hearings in the House and Senate are mostly hybrid. Staff are back. Some offices more than others. Some aides only come in when they’re needed physically to be at the Capitol. Otherwise, they work from home. There are still no public tours at the Capitol. The last public tour of the Capitol exited the building in mid-March, 2020.

Press conferences are in person. But chairs for reporters are now squished back together. Things are no longer spread out and socially distanced. Still photographers scoot around on the floor to shoot pictures of lawmakers at news conference. Before, there was a rotating system for photographers, sliding across the carpet of the House Radio-TV Gallery studio, between pieces of tape. It looked like some version of adults playing a kindergarten game.

With the virus surging, one may question whether so many people should cluster together in common workspaces in many venues on Capitol Hill. After all, that was the approach when the virus really started churning last summer. So why not impose similar rules now?

Well, like the rest of America during the pandemic, Capitol Hill is also a hodgepodge of rules. Masks in some places. No masks in others. Some aides take lots of precautions. Others throw caution to the wind. If America is in the middle of “living with the pandemic,” then the halls of Congress reflect a similar attitude.

120,000 VACCINATED BAY AREA RESIDENTS DON’T HAVE PROOF, GOVERNMENT HAS NO PLANS TO HELP

As schools encounter fights over masks and quarantines, the same is likely true on Capitol Hill. Masks were required on the House floor for months. Then the House relaxed the rule. Now masks are required again. The House can fine members who don’t comply. Republicans certainly stoked the anti-mask crowd. A memo from the Capitol Police suggested they would arrest aides if they failed to don masks. In an effort to tarnish House Speaker Nancy Pelosi, D-Calif., ahead of the 2022 midterms, Republicans pinned the alleged threats on Pelosi, suggesting that prospective mask arrests were part of her “dictatorial” control of the House.

But new Capitol Police Chief Tom Manger dispelled those notions. Manger said officers would enforce the mandate but there was no aim to arrest anyone.

Still, there’s no evidence of any Capitol Police officers threatening to arrest anyone who works on Capitol Hill over masks.

The House was in for a couple of days last week. The Senate is out until mid-September. Most House members won’t return to Washington until Sept. 20. After lawmakers met in person, could cases spike soon on Capitol Hill? And what does that mean for the fall when members are back together again?

Most schools have started again. Numerous schools are reporting high positivity rates and quarantines. Of course, children under the age of 12 aren’t eligible for the vaccine. But Congress mirrors society. And with COVID surging in schools and across the country, it’s possible Capitol Hill could find itself with a pulse of cases when lawmakers return, too.