Certification of questions of law to state supreme courts 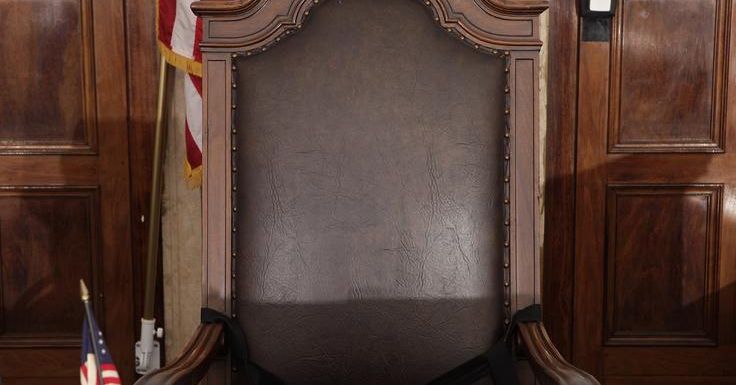 June 22, 2021 – Federal courts facing unresolved issues of state law often have to make an “Erie guess” about what the state’s highest court would decide. But many courts are turning to an alternative: Just ask the state court.

This process, known as certification of questions of law, may offer federal courts certain and conclusive answers, further uniformity and avoid forum shopping, and assure that states’ high courts have the final say as to state law. Its use has grown considerably in recent years, whether because there is a greater appreciation of principles of federal-state comity embodied in certification, or whether increased use of the process itself has legitimized and encouraged requests or sua sponte decisions to certify.

Certification is not a matter of jurisdiction because the state supreme court is being asked only to resolve a legal question — not to decide the case. Once the state court answers the question, the federal court applies the law to the facts, considers any remaining issues, and determines whether to remand to a lower federal court or agency.

While the state court’s opinion is binding precedent as to state law — the same as if it had been issued in a different case — and may, under state certification rules, be res judicata as to the parties — the federal court enters judgment as a matter of its own authority under federal law.

Unfamiliar to many lawyers, certification is a creature of state statutes and court rules, not federal law; federal courts simply decide whether to avail themselves of this resource.

As of 2017, 49 states, the District of Columbia, and three territories have established procedures; only North Carolina lacks one. At least 23 states and D.C. have adopted, by legislation or court rule, the Uniform Certification of Questions of Law Act (1967); eight states have adopted the 1995 version of the Act; and other states have borrowed key operative language from the Act.

The federal court and state supreme court are gatekeepers, and, subject to the state’s procedures, each has essentially unreviewable discretion whether to grant or accept certification. The U.S. Supreme Court, in its first pronouncements as to certification in Lehman Bros. v. Schein (1974), advised that, while “[w]e do not suggest that where there is doubt as to local law and where the certification procedure is available, resort to it is obligatory,” certification “does, of course, in the long run save time, energy, and resources and helps build a cooperative judicial federalism.”

A recent case is illustrative. In Lindenberg v. Jackson National Life Insurance Co. (2018), the Sixth U.S. Circuit Court of Appeals — by a 2-1 vote, and over a strenuous dissent — struck down a Tennessee statute under the state’s constitution and also refused to certify the issue to the Tennessee Supreme Court, even though that court had previously expressed its willingness to hear the issue once it was ripe.

Framing the certified question is of utmost importance, though the state supreme court has the right to reformulate the question as it deems fit. The question of law should be phrased as a compact question ending with a question mark, and it should be couched in terms of generally applicable law, not the specific facts of the case. Parties should be disciplined in proposing questions of law: most courts will not certify more than one or two concisely phrased questions.

In deciding whether to certify, courts will look to whether the issue of law will likely be determinative of the case or appeal, and whether there is an absence of controlling authority in the state. Depending on the state’s rules, this may require analyzing state intermediate appellate decisions as well as state supreme court precedent, as well as what decisions and dockets indicate has not been resolved, e.g., whether the state supreme court has reserved the issue in a prior case, or whether state courts are likely to resolve the question soon.

Federal courts will also take into account the novelty and significance of the issue of state law. While there may be a general perception that certification is reserved for high-profile issues arising under state constitutions, that is not the case. Courts also certify questions concerning the interpretation of state statutes, regulations, administrative orders, court rules, and common law in a broad range of fields. Many certified issues can seem dry or niche at best.

Proposed certification may be rejected on numerous practical grounds. Examples include delays in resolving the appeal or other proceeding before the certifying court, and concerns about whether, in light of unresolved factual issues, the question of law could be framed to produce a sufficiently helpful response from the state supreme court.

As state rules recognize, federal courts may certify questions on motion or sua sponte. A party may move at any time but, as a general principle, it should do so as soon as practicable. In most appeals, parties wait to request certification until their principal briefs or even at the rehearing stage.

Parties may support or oppose certification for a variety of tactical reasons, including the consequences of delay and the benefits of receiving conclusive answers to vexing questions that may be raised in numerous cases. A party should surely consider whether which the federal or state decision-maker best serves its interests. This is not just a matter of evaluating which individual judges are, by dint of judicial philosophy, background, or other considerations, more likely to favor the desired result.

As an institutional matter, a federal court may be more inclined to feel itself bound by reading the tea leaves of state supreme court precedent, intermediate appellate cases, decisions from other jurisdictions, Restatements, and academic commentary. The state’s highest court, on the other hand, is free to chart whatever new course it decides is appropriate, including by distinguishing or rejecting outright its past decisions. In the end, the prudence of certification may turn on whether, in the case, an “Erie guess” beats a sure thing.

Opinions expressed are those of the author. They do not reflect the views of Reuters News, which, under the Trust Principles, is committed to integrity, independence, and freedom from bias. Westlaw Today is owned by Thomson Reuters.

Bennett Evan Cooper practices appellate advocacy and is a Member at Dickinson Wright PLLC in Phoenix and Silicon Valley. A past Chair of the American Bar Association’s Council of Appellate Lawyers, he is the author of two Thomson Reuters treatises, “Federal Appellate Practice: Ninth Circuit” and “Arizona Trial Handbook.” He can be reached at [email protected]