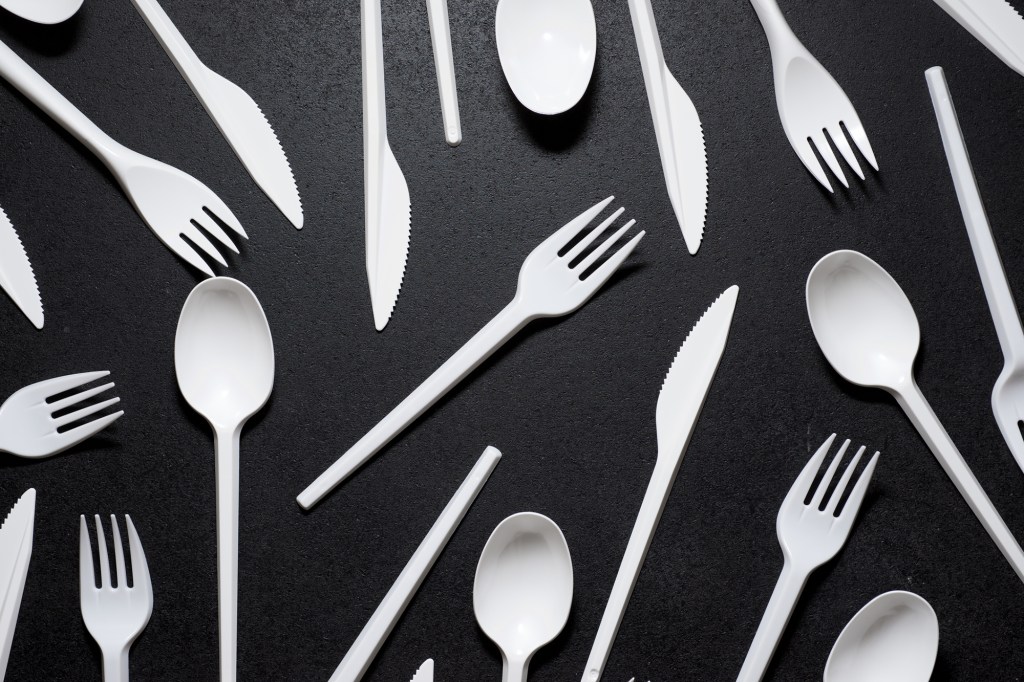 The British government has announced plans to ban single-use plastic utensils in England as part of a wide-ranging Environmental Bill that aims to tackle plastic pollution.

The Bill, which has gained new amendments since its last pass through Parliament in May, aims to “clean up the country’s air, restore natural habitats and increase biodiversity.”

One of the provisions aims reduce litter and cut plastic waste by removing the use of single-use plastic forks, knives and spoons – a move that environmental activists say is not enough.

“We need the government to go much, much, much further, we are facing a plastics crisis and we need to turn off the tap,” said Jo Morely from the campaign group City to Sea. “We are really facing an environmental crisis, our oceans are full of plastic and they’re killing marine life, they are damaging our eco-systems and they are actually threatening human health.”

Scotland, Wales and Northern Ireland already have introduced plans to ban these plastics and the European Union added a similar ban in July, the BBC reported.

On average, each person in England uses 18 single-use plastic plates and 37 single-use utensils every year, the government determined.

More than one million birds and more than 100,000 sea mammals and turtles die evey year from eating plastic waste or getting tangled in it, according to Sky News.

“We’ve all seen the damage that plastic does to our environment,” said Environment Secretary George Eustice. “It is right that we put in place measures that will tackle the plastic carelessly strewn across our parks and green spaces and washed up on beaches.”

“These plans will help us stamp out the unnecessary use of plastics that wreak havoc with our natural environment.”

Other efforts to reduce plastic waste include a ban on microbeads, reduction to the number of plastic bags and restrictions on single-use straws, stirrers and cotton buds.