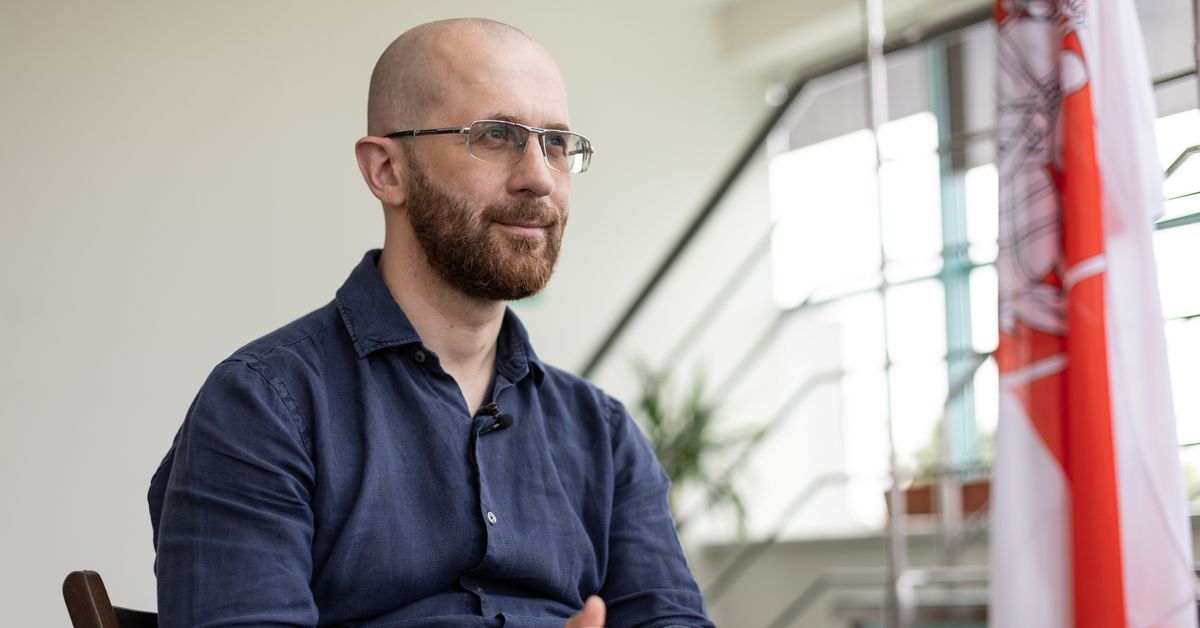 The acquaintance urged Kirilyuk, who had defended anti-government protesters and publicly criticised President Alexander Lukashenko’s rule, to leave the country. According to Kirilyuk, who said the text was sent via an encrypted messaging app and described its content to Reuters, the message also contained a warning: The attorney faced arrest and revocation of his license to practice law.

Kirilyuk left that month with his parents and young children for Poland, which has long been critical of Lukashenko. In February, the justice ministry revoked Kirilyuk’s license, according to an April Minsk court document relating to his unsuccessful appeal. The ministry said in a February press release that Kirilyuk had made “unacceptable” public statements that contained “rude” and “tactless” comments about state representatives, without identifying them.

Speaking with Reuters from Warsaw, 38-year-old Kirilyuk said he believed the action against him was politically motivated because of who he had represented and his public critical comments. He said he left because he “didn’t want to get arrested” and that he won’t return home until Lukashenko is out of office.

Kirilyuk’s account fits with what more than half a dozen Belarusian lawyers as well as international organizations representing the profession and human-rights groups say is a pattern of intimidation and suppression of attorneys by Belarusian authorities. Those actions include criminal and disciplinary proceedings against lawyers and disbarment, they say.

Seven lawyers interviewed by Reuters say their licenses were removed after defending protesters, speaking out against authorities or resisting what they said was pressure on their profession. Several of them allege that authorities monitored confidential client meetings or obstructed their work. Reuters was unable to independently corroborate their assertions or the text message described by Kirilyuk.

Lukashenko’s office didn’t respond to requests for comment. The president in March said there was a need to “put things in order” in the legal profession, according to comments published in the state-controlled Belarus Today news outlet.

The justice ministry, in response to Reuters’ questions, said its oversight of the legal profession is implemented in accordance “with the principle of independence of advocacy and non-interference in the professional activities of advocates.”

It said statements by disbarred lawyers about the persecution of the profession and interference by the justice ministry “are not supported by facts and documents, are unfounded and are based on the statements of the violators themselves.”

The ministry said it has the power to terminate legal licenses in circumstances stipulated by law. It added that decisions to terminate the licenses of a number of lawyers this year was because they had committed “gross violations of licensing legislation,” licensing requirements and conditions, or engaged in conduct that “discredit” the legal profession. It didn’t name the lawyers but said it included those Reuters asked about in its questions.

Authorities in this former Soviet state have conducted a broad crackdown on dissent since last August, when the long-standing president declared himself victor in an election that many Western countries deemed fraudulent. The targets have included opposition politicians, activists and the media. In an episode that shocked the West, a plane flying over Belarus was grounded in May and a dissident journalist on board was arrested.

On Aug. 9, the first anniversary of the contested election, Lukashenko said he won the vote fairly and saved Belarus from a violent uprising. In a news conference in the capital Minsk, the president said that an Olympian sprinter, who defected to Poland at the Tokyo Olympic Games, had been “manipulated” by outside forces.

At least 23 Belarusian lawyers have been disbarred since last summer, according to the International Federation for Human Rights (FIDH), a Paris-based non-governmental organization. The federation said Belarus has in the past used retaliatory measures against lawyers; what was new, the FIDH said, is “the scale of repression” and that it now included criminal action.

The disbarment of all but one of the lawyers identified by FIDH has been confirmed by statements on the justice ministry’s website or the state-run Belta news agency. The other lawyer confirmed to Reuters their license had been revoked.

That figure includes three lawyers that the justice ministry on Aug. 11 said had been disbarred because they had performed their professional duties “improperly” and displayed “an unsatisfactory level of knowledge of the legislation necessary for carrying out advocacy work.”

A new law approved by 66-year-old Lukashenko in June stipulates, among other things, that only candidates approved by the justice ministry can practice law, which some attorneys say is intended to control their profession.

Until now, bar associations chose trainees for the obligatory internships and all candidates were required to pass the bar exam before becoming a lawyer. Under the new law, the justice ministry coordinates the composition of the interns and people who have served as members of the police or other investigative agencies, if nominated by their respective state institutions, need only undergo a three month internship and an oral exam to become a lawyer.

Justice Minister Oleg Slizhevsky has said the aim of the new law, which comes into effect at the end of this year, is to raise the quality of legal professionals and improve their advocacy.

Mass street protests swept Belarus after Lukashenko claimed victory in last summer’s presidential elections. The unrest was the biggest challenge to his rule since taking office in 1994. Authorities responded with a sometimes violent crackdown on protesters; many political opponents were arrested or went into exile. The response prompted Western sanctions.

Belarusian authorities have described the actions of law enforcement as appropriate and necessary.

A key moment for some lawyers and rights activists was the arrest in September of lawyers Maxim Znak and Illia Salei. They represented Maria Kolesnikova, one of the leaders of mass street protests.

Earlier this month, Znak and Kolesnikova went on trial on criminal charges of extremism and attempting to seize power. Both deny the charges.

The authorities charged lawyer Salei with making public calls for action to harm national security. Salei, who denies wrongdoing, is on bail while the investigation continues, according to his father, who is acting as his lawyer.

Siarhej Zikratski, a lawyer for Znak, lost his license in March after appearing before a panel established by the justice ministry to vet aspiring lawyers that can rule on disbarring existing ones.

Zikratski said the panel compiles information on lawyers’ media interviews, social media posts and petitions they have signed. The lawyer added that during his appearance before the panel, it questioned him about media interviews he had given and specific parts of the Belarusian legal code.

“We discussed why I gave the media interviews and why I did not have the right to speak out,” Zikratski told Reuters in June from his current base, the Lithuanian capital of Vilnius. He now represents exiled opposition leader Sviatlana Tsikhanouskaya.

The United Nations has said Belarus lawyers handling politically sensitive human rights cases have been harassed and intimidated. In a May report, the UN’s Special Rapporteur on human rights in Belarus said interference in the work of lawyers is “systemic” and that lawyers were often denied access to clients and faced disbarment or detention or arrest.

Belarus, in response to a UN resolution citing the May report, said the UN’s decisions have long “failed to reflect the real human rights situation in the world” and “serve as a pretext for pressure and sanctions of the collective West against states that do not obey its diktats.”

Kirilyuk specialized in commercial law. But after security forces began detaining people in the mass protests, he and other lawyers faced a deluge of inquiries from people seeking legal help, he said. “We had 10, 20, 30, or 50 calls a day because people were frightened. They had been tortured in prison and didn’t know what to do,” said Kirilyuk.

Kirilyuk said he took on cases related to the protests, including that of Yelena Leuchanka, a Belarusian basketball star who authorities detained after she took part in protests calling for Lukashenko’s resignation. Leuchanka was sentenced in September to 15 days in jail for taking part in protests demanding the president resign.

Kirilyuk said the police refused to tell him where Leuchanka was being held; he and colleagues had to call around police stations before tracking her down at a detention centre in Minsk. The lawyer said he was initially denied access to his client and then only got 10 minutes with her before her court appearance.

Reuters was unable to independently confirm Kirilyuk’s assertions about torture or the specifics of Leuchanka’s case.

During a visit to another client in detention in August last year, Kirilyuk said he noticed a camera during what was meant to be a confidential meeting. When the lawyer’s COVID-19 mask slipped under his nose, a telephone that was in the room rang and when he answered it a voice told him to push it back up, Kirilyuk said.

Such tactics, he said, have a chilling effect. “It’s such a simple way to show you that ‘we hear you, we’re watching you, and everything that you say to your client is on camera,'” Kirilyuk said.