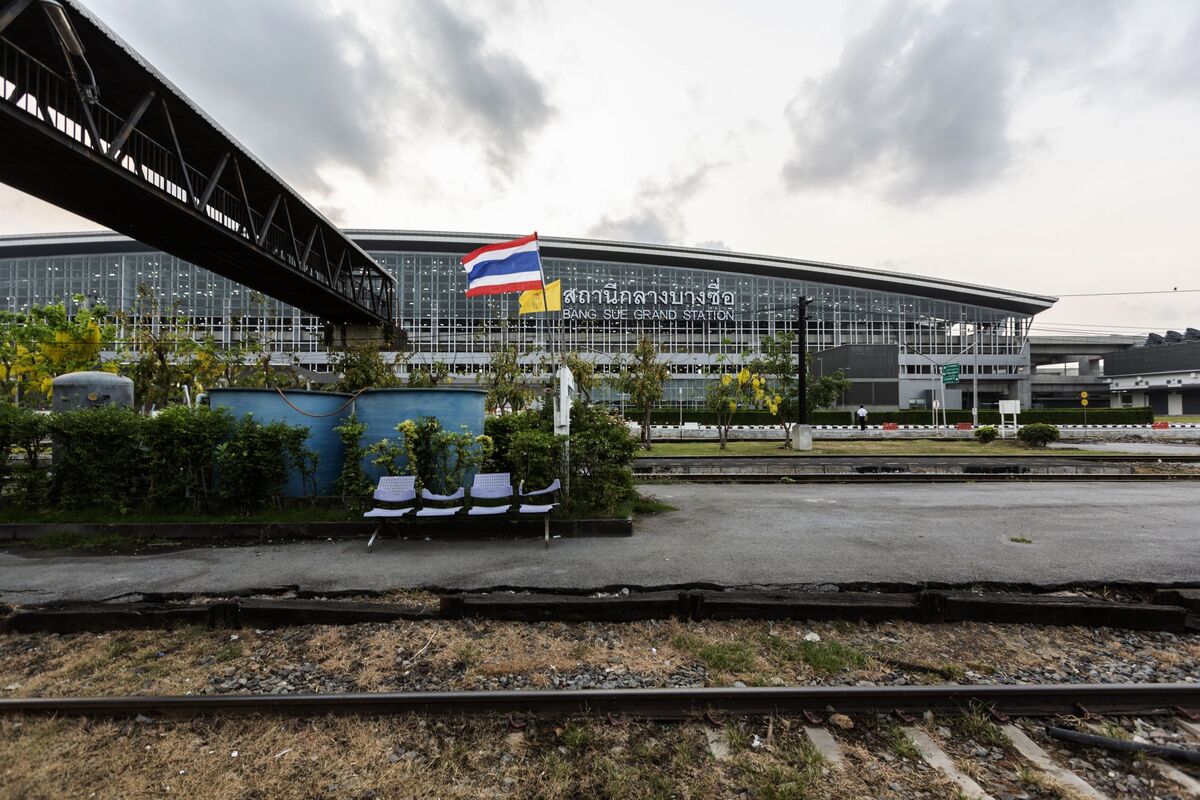 Wrapped in four storeys of reflective glass and covering 298,200 square meters —more than 40 soccer pitches—Bangkok’s Bang Sue Grand Central Station will be more than just a transportation hub. At least, that’s the plan. Thailand’s government is hoping the capital’s new railway station, which opens fully to the public in November, can also solve the traffic woes of one of the world’s most congested cities.

“We want to make the rail system the main mode of transport in Thailand, linking the country with regional neighbors,” Transport Minister Saksayam Chidchob said during a media event showcasing the development.  The aim is to “lower logistics costs and lessen our dependency on private vehicles, which will fix our road congestion problem in a sustainable way.”

It’s an ambitious goal, even for a project as big as Bang Sue. Visible from an overhead expressway where cars commute to and from Bangkok’s downtown, the complex is touted as Southeast Asia’s largest transportation hub, and cost 93.95 billion baht ($3 billion) to build.

Its curved roof and the prominent clock on its facade nod slightly to the design of Bangkok Railway Station, the neo-Renaissance-style structure built in 1916 that Bang Sue is intended to replace. The station will house Thailand’s first high-speed rail line as well as conventional, long-haul and inner-city electric trains. It will also connect with buses, river ferries, airports and a train line to a planned industrial hub on the nation’s eastern seaboard focused on sectors including electric-vehicle manufacturing, 5G technologies, robotics and medical tourism.

Bang Sue is a key redevelopment for one of the world’s most-visited tourist destinations. Before the pandemic hit, Bangkok was welcoming almost 40 million visitors a year. The government hopes that once foreign travelers return, the rail system will help them access more of the country, including less-visited areas in need of an economic boost.

But the success of the city’s public-transport plan rides on more than just the station, according to Pongpisit Huyakorn, Director of Urban Design and Development at Thammasat University and Thai Urban Designers Association committee member.

“Just investing in the station itself is not enough, the urban network that connects to those stations is the key,” said Pongpisit. He noted the importance of convenient first- and last-mile connections—that is, ways for commuters to travel between public transport depots and their ultimate destinations (home, work, or wherever else).

“The issue remains if I can not easily connect from my house or my work to the main station, leaving me to either walk long distances in an unsafe environment, or rely on motorcycles or minibuses,” Pongpisit said.

Pricing also matters. Bangkok’s existing elevated transit system, known as the Skytrain, is too expensive for lower-income groups. Those residents mostly use cheaper and less environmentally friendly alternatives, such as motorcycles or public buses.

The transport minister has promised affordable tickets when commercial services begin in November, and two electric train services will launch with a free trial period for some students and other groups in July.

The government also hopes to spark development around the station, which sits on the edge of Chatuchak, a fast-growing residential area for middle- and upper-middle-class city dwellers.

“It has been the focal point of both domestic and foreign investors in the recent years,” she said.

However, auctions of development rights for the land around Bang Sue—which might hold potential for office buildings, malls or high-rise apartments—have attracted no takers so far, a situation that the transport ministry puts down to the pandemic.

Until the station opens for service, Bang Sue will operate as a Covid-19 vaccination center. After that, the station will be at the heart of another health challenge: Poor air quality. Bangkok currently ranks just outside the world’s 50 most polluted cities, according to IQAir AirVisual data.

Whether the Thai government can successfully transform travel in one of the world’s most heavily congested cities remains to be seen. Once the pandemic subsides, the nation’s “new normal” may get a little clearer.