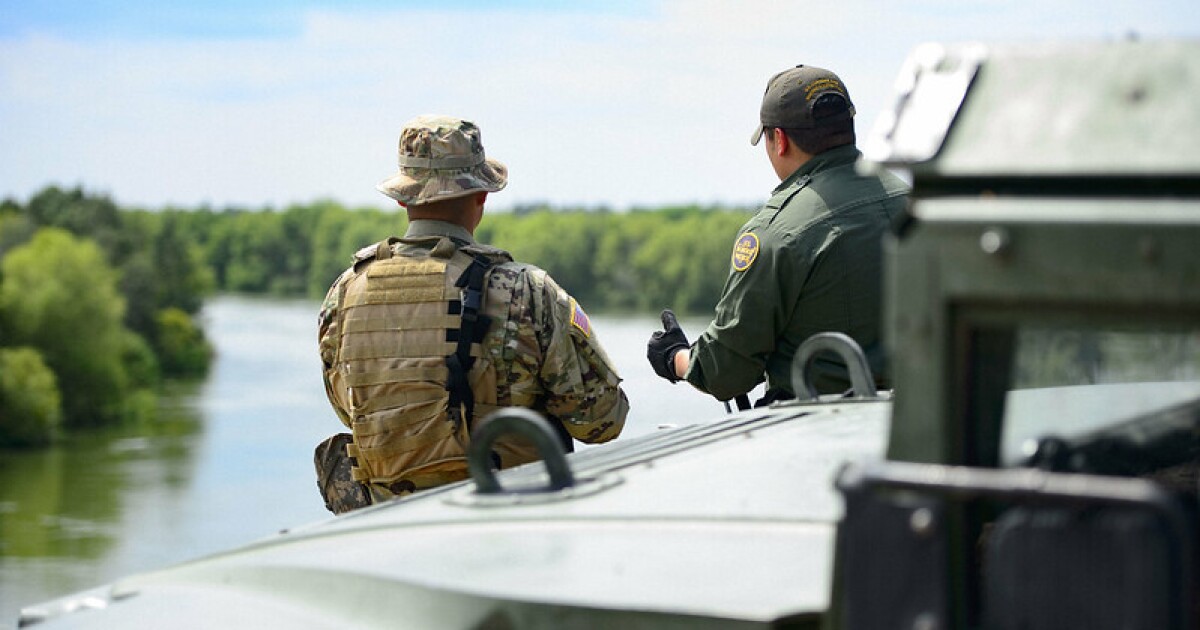 In June, Texas Gov. Greg Abbott and his counterpart in Arizona, Gov. Doug Ducey, wrote a letter to other Republican governors asking for help.

There was an emergency along the border with Mexico, they wrote. As spring turned to summer the number of migrants illegally crossing into the United States increased. Law enforcement was stretched thin.

“Given the staggering number of violations occurring in Texas and Arizona, additional manpower is needed from any State that can spare it,” Abbott and Ducey said.

So far, six states have answered that call: Arkansas, Florida, Idaho, Iowa, Nebraska and South Dakota have all sent either law enforcement personnel or members of the National Guard to the border.

What they’ll do there, however, is unclear.

“Immigration enforcement is the jurisdiction of the federal government, and National Guard troops don’t have the legal authority to do things like make arrests, conduct seizures, conduct searches. So [what they’ll do] is kind of an open question right now,” said Claire Hansen, who covers immigration for U.S. News and World Report.

Hansen says it’s also unclear who’s coordinating efforts between these out-of-state personnel and the agencies that do have jurisdiction along the border.

Most of the states are using funds from their own budgets to send people to the border. But Gov. Kristi Noem of South Dakota has said that the 50 National Guard troops going to the border from her state would be financed by a private donor. Multiple reports claim that the donor is Willis Johnson, a billionaire and frequent donor to conservative causes from Tennessee.

If you found the reporting above valuable, please consider making a donation to support it here. Your gift helps pay for everything you find on texasstandard.org and KUT.org. Thanks for donating today.