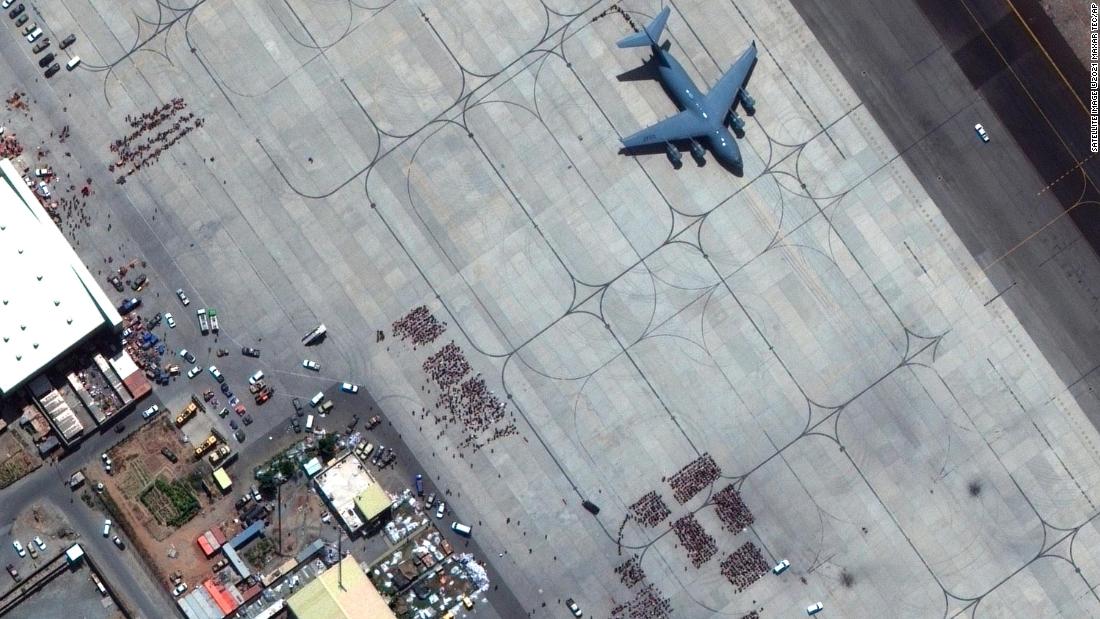 Two decades of post-9/11 warfare are ending with the United States effectively handing back Afghanistan to the same fundamentalist power, the Taliban, that was in control when it started. The war in Iraq, fought on false pretenses, not only distracted from the Afghanistan War but turned into a costly, morale-sapping disaster. A US-led bid to prevent genocide in Libya left anarchy behind. The campaign to crush ISIS in Syria saw the US ultimately deserting America’s Kurdish allies. And ex-President Donald Trump’s whole term alienated America’s friends and offered legitimacy to its autocratic foes. No one is now sure which path Washington will pursue in the world more than four years in advance.

It’s not all been terrible. The US did prevent Afghanistan being a terror haven for 20 years where al Qaeda could operate with impunity, though that is now in doubt. It seriously degraded ISIS in the Middle East. The Obama administration finally killed Osama bin Laden. And new diplomatic openings with nations like India have spanned administrations. The Western alliance has wobbled in recent years, but it survived.
But America’s tortured domestic politics are hampering any long-term coherence in its foreign policy. The US negotiated a deal to quell Iran’s nuclear program, walked out, then wanted back in. It entered the Paris climate deal, left, rejoined and a Republican president would probably quit again. Relations with Israel are so politicized — in both countries — that a US role that led to Israel-Palestinian handshakes on the White House lawn is long gone. Russia’s election meddling worked because it exploited and exacerbated America’s internal estrangement. The Afghan withdrawal was based on domestic political factors, not global strategy.

The world is a different, more volatile place than it was after the Cold War. And US military might still offer a security umbrella without which its allies in Europe and Asia cannot thrive. There’s unity on the next big challenge — confronting a rival superpower, China — if little agreement on how to do it.

But the democracy-threatening political and cultural battle tearing America from within has cost the power that guaranteed stability for 70 years, the capacity to exert coherent, consistent leadership in the world.

‘You have been accused of helping the Americans’

The Taliban have issued a death sentence for one Afghan man whose brother worked as an interpreter for US troops. In a threatening letter, the fundamentalist group wrote: “You have been accused of helping the Americans. You are also accused of providing security to your brother, who has been an interpreter.” It continues: “You chose this path for yourself and your death is eminent [sic], God willing.”

The letter underlines the risk that thousands of Afghans have undertaken to help US troops over the past two decades — and contradicts assurances that Taliban spokesman Zabiullah Mujahid made last week, as the group tries to project a more moderate image to the world. “Nobody will be harmed in Afghanistan,” Mujahid said. “Of course, there is a huge difference between us now and 20 years ago.”

At last, some rare good news on the pandemic.

The US Food and Drug Administration on Monday granted permanent authorization to the Pfizer/BioNTech Covid-19 vaccine, which had previously been administered on an emergency basis. The certification not only confirms the scientific case that the dose is safe and effective — it also could convince holdouts skeptical of what they viewed as an “experimental” drug to get vaccinated, and could give state and local political, medical, educational, military and corporate leaders more incentive to mandate vaccines.
The next big step in ending the pandemic could come when doses are finally approved for kids. As schools restart, many parents are frantic about the Delta variant, which is proving more dangerous to youngsters than previous manifestations of the novel coronavirus.

Of course, the politics of a pandemic that has unleashed an ideological culture war on the right have not abated. More science won’t change minds made up for political reasons. But vaccine rates are rising as the Delta variant rages across the heartland, especially in conservative, Southern states where inoculation rates were low. At a rally in Alabama on Saturday night, even Trump advised fans to get the shot, which his administration helped develop. But boos from his crowd mean he’s unlikely to spend political capital to push vaccines hard.

And get this crazy twist. Following crank “cure” claims for substances like hydroxychloroquine and Trump’s infamous musings on disinfectant, some people have been tempted by ivermectin, a drug used to deworm livestock, which was featured on conservative and social media. While some Americans are loath to take an FDA-approved drug, it seems they’ll happily gobble down medicine for animals.

The FDA was forced to tweet: “You are not a horse. You are not a cow. Seriously, y’all. Stop it.”
Post Views: 94
Tags: Americas domestic foreign hampering policy Politics tortured