84th anniversary of July 7 Incident commemorated; ‘Today’s China is no longer that of 1937’ 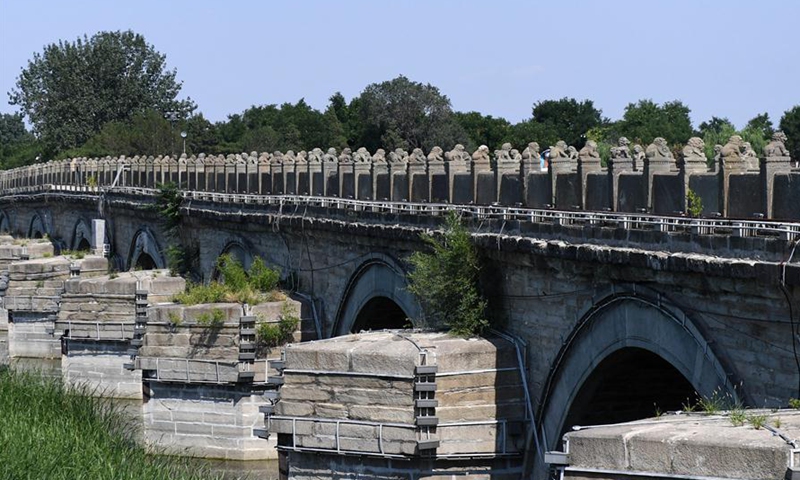 Chinese people from all walks of life are commemorating the 84th anniversary of the July 7 Incident, which marked the beginning of the all-out War of Resistance by the Chinese people against Japanese aggression (1931-45), on Wednesday.

The topic of “84th anniversary of July 7 Incident” was the highest trending topic on Wednesday on Chinese Twitter-like social media platform Sina Weibo, with many netizens paying tribute to the Chinese martyrs who laid down their lives during the incident.

As of press time, the topic has been viewed more than 1.76 billion times.

Another topic “Today’s China is no longer that of 1937” is also trending on Sina Weibo. Many netizens said they are proud of the achievements China has made under the leadership of the Communist Party of China and will not forget the hardship Chinese people went through during the War of Resistance against Japanese aggression.

China’s state broadcaster CCTV commented that “The smoke has cleared, but the suffering cannot be forgotten, countless sacrifices cannot be forgotten! Remember this day, mourn the martyrs, and improve ourselves!” The words were echoed by thousands of netizens.

CCTV also reported that a commemoration was held at the square of the September 18 Historical Museum in Shenyang, Northeast China’s Liaoning Province. People from walks of life attended the activity.

Many netizens posted photos they took at Lugou Bridge in memory of the martyrs. The bullet holes can still be seen on the Lugou Bridge, a constant reminder that we should never forget our history and strive to become stronger, said some netizens.

In memory of the anniversary, the aerial defense alarm sounded on Wednesday 10 am in all areas in North China’s Hebei Province.

A student surnamed Liu told the Global Times on Wednesday that his elementary school in Taiqian county, Central China’s Henan Province, organized them to watch the film Lugou Bridge Incident. Liu was moved by the film and the martyrs strengthened his patriotism.

Contrast to the activities that engulfed China to commemorate the martyrs during the war, on Wednesday the Japanese were celebrating the romantic Tanabata Festival. Most people celebrate the day by writing wishes, usually in form of poetry. Japanese media reported on some of the most heartwarming wishes people wrote.

However, Yoichi Jomaru, a veteran reporter of Asahi Shimbun, tweeted on Wednesday to break the silence that’s common in Japanese society on the issue concerning the invasion against China.

“It is often said in drama narration that ‘the war started on December 8,’ but before that, Japan was already at war with China. Today, July 7, is the 84th anniversary of the Marco Polo Bridge Incident which marked Japan’s full-scale invasion against China. However, little is said [in Japan] about July 7 [Incident],” Jomaru tweeted in Japanese.

A netizen commented in Japanese under Jomaru’s tweet saying “I agree [with Jomaru]! It seems to be romantic on the Tanabata Festival, but I will never forget Marco Polo Bridge Incident!” The netizen said he/she is the generation that knows about the historical facts.

Another netizen expressed concerns about Japanese people going out to the world without being informed of the historical facts due to the revisions of narrations of historical events in Japanese textbooks and media.

Sexualization Of Women In Sports Extends Even To What They Wear : NPR